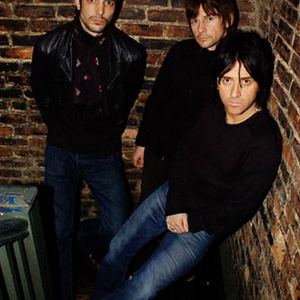 Britpop, Johnny Marr Is Out There, Manc God, Mozza, Side Project, Uk-rock

Johnny Marr + The Healers was an alternative rock band which formed in 2000 in Manchester, England. The band consisted of Johnny Marr (vocals, guitar), Alonza Bevan (bass) and Zak Starkey (drums). Marr was the guitarist for the influential alternative rock band The Smiths, and has also been a member of Electronic, The The, Modest Mouse and The Cribs. Bevan is a member of Kula Shaker, and Starkey, the son of Ringo Starr, is a member of The Who and formerly of Oasis.

Johnny Marr + The Healers released their debut album, "Boomslang" in 2003. The album contained the single "The Last Ride". A second album was expected in 2005, but it was not released, and Marr, Bevan and Starkey returned to other projects.