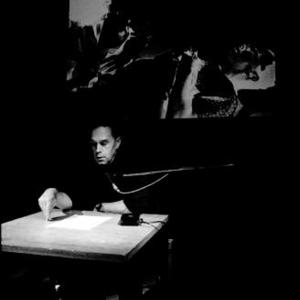 John Duncan was born in the United States, currently lives and works in Italy. His audio releases THE CRACKLING (1996 with Max Springer), TAP INTERNAL (2000), PALACE of MIND (2001 with Giuliana Stefani), FRESH (2002 with Zeitkratzer), INFRASOUND-TIDAL (2003) and THE KEENING TOWERS (2003) are all considered by critics and composers alike to be benchmarks in the field of experimental sound and contemporary music.

Duncan's events and installations have recently been held at Villa Delle Rose in Bologna, MUTEK in Montreal, The Compound in San Francisco, Teatro Piccolo Jovinelli in Rome, the NoorlandsOperan in Ume?, Fylkingen in Stockholm, the Watari Museum of Art in Tokyo, Galleria Nicola Fornello in Prato, the 2003 Gothenburg Biennial, and Quarter in Florence. His work in performance has been shown at the Museum of Contemporary Art (MOCA), Los Angeles; the Osterreichisches Museum f?r Angewandte Kunst (MAK), Vienna; Museu d'Arte Contemporani, Barcelona (MACBA); and Museum of Tokyo (MOT), Argosarts in Belgium

The Black Album (with Masami Akita)