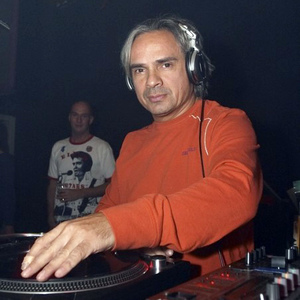 Robin 'Jaydee' Albers started his DJ career in 1978 as the resident DJ in Rhenen, Veenendaal, Arnhem, Den Bosch, Enschede, and lots of other places. Jan Steeman of the AVRO Radio offered Robin a DJ contract in 1984 and from that time Robin started his long radio career at the national radio. In 1984 Jaydee also started the Dutch mixing championships and lots of DJs from then are the stars of today such as DJ Jean, Michel de Hey, Erik E. DJ Gizmo, Ruud van Rijen, Orlando Voorn, Guan Elmzoon and many more.

In 1984 Jaydee also started the Dutch mixing championships and lots of DJs from then are the stars of today such as DJ Jean, Michel de Hey, Erik E. DJ Gizmo, Ruud van Rijen, Orlando Voorn, Guan Elmzoon and many more.

In 1991 Jaydee got a chance to host a revolutionary radioprogramm called 'For those who like to groove', probably one of the most intimate dance programs of all times. Unfortunately it lasted only for one year, he received an award for the best national radio program in 1992.

In 1992 the success of Plastic Dreams, which reached number one on the charts in the USA, Italy, Belgium, France, Spain, Brazil, Japan and many more countries made him a globetrotter. Jaydee became the first Dutch DJ that performed in Moscow. He performed and played in lots of countries in and outside of Europe and one of his favourite countries is the Czech Republic where Jaydee is a beloved DJ especially in Prague/Radost FX.

After he left the national radio station Jaydee started a club in Vianen, called 'De Binnenplaats'. The music was progressive house with lots of famous Dutch/Belgium deejays performing there. Jaydee was the resident DJ but because of his dancefloorkiller Plastic Dreams he could not always be there, the club closed in 1994.

In 1997 Jaydee produced the worldwide hit Fiesta by the Sunclub, not to mention the long during number one position of Que Si Que No, 18 weeks number 1 in the Dutch Dance chart, produced by The Sunclub !!!

His underground feelings were Karnak - Black Moon and White Rain on Tribal USA later Twisted. He played with lots of foreign DJs such as Danny Tenaglia, David Morales, Tony Humphries, Carl Cox, George Morel and many more. In 2000 Jaydee was one of the founders of ID&T Radio. During that period he was hosting the return of his radioshow 'For those who like to groove' and managing director of ID&T Radio.

Say You Wanna Love Me (EP)