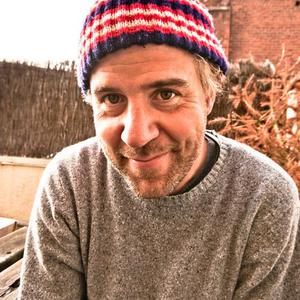 Jason Lytle (b. March 26, 1969) fronted Modesto, California based indie rock outfit Grandaddy, which split up in 2006. He was the sole songwriter in the band, and he sang and played most of the instruments on the albums. Live he handled vocals, guitars and keyboards and synths. He has continued as a solo artist after the end of Grandaddy, so far only playing Grandaddy material at a handful of solo shows.

Lytle's first, and long-awaited, solo recording since disbanding his well-loved brainchild Grandaddy, "Yours Truly, The Commuter" is filled with the signature vintage synths, affecting melodies and fuzzed-out guitars that made Grandaddy a predominant force of the indie rock scene of the late 90s.

On December 7, 2009, Lytle independently released an EP of seven improvised piano recordings as a "Merry X-mas" gift to fans through his website on bandcamp.com. He is currently working on a new album.

Lytle also joined with Aaron Burtch, a former Grandaddy bandmate, and Aaron Espinoza and Ariana Murray, of the band Earlimart, to form a new band called Admiral Radley. Their debut cd, entitled I Heart California, was released in the USA on July 13, 2010, on Espinoza's The Ship label.

Yours Truly, The Commuter