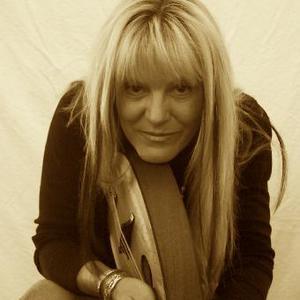 Jann Browne was selected by The California Country Music Association as "Entertainer of the Year" two years in a row and was a nominee by the Academy of Country Music as "female vocalist" of the year. Her first album "Tell Me Why" produced two top twenty hits, along with a number one video on CMT. Jann once toured as female lead singer with Grammy award winning ?Asleep at the Wheel,? and now her current band takes her around the world. She is a shining link in the Southern California Americana roots tradition.

Jann once toured as female lead singer with Grammy award winning ?Asleep at the Wheel,? and now her current band takes her around the world. She is a shining link in the Southern California Americana roots tradition.

Emmylou Harris said: "There's something about the way she sings that is so pure and honest, and her writing is wonderful." Emmylou backed up her quote to the L A Times newspaper, by singing with Jann on her first CD. The song "Mexican Wind", co-written by Jann, became a number one video in the U.S., and was recorded by a variety of international artists.

A Los Angeles Times pop critic named Jann's 3rd album, "Count Me In" as one of his three favorite albums of the year (along side Johnny Cash and Neil Young). Times critic Mike Boehm placed it first on his list calling it "Cohesive, sumptuously melodic, emotionally vivid, and insightful."

Her latest album ?Buckin' Around? (Jann's tribute to her friend Buck Owens), was chosen as one of the TOP 30 Albums of Decade by Paul W. Dennis, a ?The 9513? contributing writer. (The 9513 - www.the9513.com - is the web's premier country music blog, and a go-to resource for thousands of readers in search of the latest country music news and reviews.)

Jann has performed on the ?Grand Ol Opry?, CMT, and many other TV and radio shows. She has been featured in ?People? magazine and ?USA Today?. The artists that Jann has toured and performed with is a virtual ?Who's Who? of country music history-names such as Dolly, Willie, Alan Jackson, Vince Gill, the Judds, Emmylou, and on and on??.

Missed Me By A Mile

It Only Hurts When I Laugh