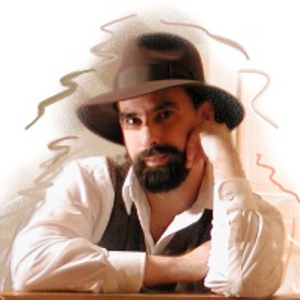 Multi-Award Winning children's artist James Coffey's unique style and talents have made him much in demand for performances where his funky, jazzy, upbeat music with clever lyrics and catchy tunes entertains audiences of all ages throughout the country. Tower Record's Pulse magazine exclaims James' music is, ?Destined to be a children's music classic?Like the best music of our time...transcends gender, genre and generations.?

Tower Record's Pulse magazine exclaims James' music is, ?Destined to be a children's music classic?Like the best music of our time...transcends gender, genre and generations.?

It is no surprise that James Coffey's projects have won seven parent's Choice Awards and three NAPPA awards!

James' first nationally released recording, Come Ride Along With Me, won a Parents' Choice Award for ?its outstanding contribution toward enriching the lives of American children.? It was also featured as ?Editor's Choice? in Working Mother magazine.

His Animal Groove, is a wild collection of original and favorite tunes in a wide range of musical styles that won a Parents' Choice Award and chosen "Best Children's Audio" by Sesame Street Parent magazine.

James' release, My Mama Was a Train, returns to the rails with a collection of original tunes and American classic train songs, which has been awarded both NAPPA and Parent's Choice Awards. His soundtrack release, I Love Toy Trains ? The Music!, was produced for the fans of the video series of the same name.

James is founder and CEO of Blue Vision Music, LLC, which he owns with his wife and business partner, Georgean C. Johnson-Coffey. Blue Vision Music has earned a national reputation for quality and craftsmanship that has made James one of the most sought after composers, songwriters, arrangers and music producers for a wide range of talented people, companies and organizations.

My Mama Was A Train

Come Ride Along With Me