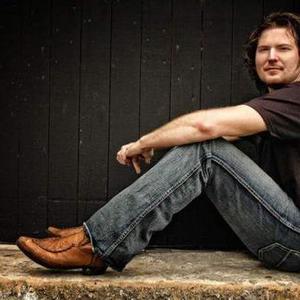 Playing guitar since he was nine years old, Jake McVey brings together a technically-trained background with a dynamic singing voice. Performing professionally for the past four years, 27-year-old McVey brings together the best of old country with the dynamics of new country. Touring all across the United Stated with his band and his Tour bus. McVey has exploded the Nashville scene. In 2005, Jake was nominated by the Illinois Country Music Association for "New Male Vocalist of the Year" and the "Lead Guitarist of the Year".

In the fall of 2005 McVey and his band won in the first round of Colgate Country Showdown, America's largest country music talent search. McVey has opened for countless acts. Martina McBride, Dierks Bently, Sugar Land, Exile, Keith Anderson, Jason Aldean, 38 Special, Heartland, Mark Chesnut and ETC. Winning over the hearts and souls of many from every performance. "Top 10 touring act chosen By Billboard Magazine" . "A must See Act" By Taxi. McVey also Trained at the Roberto-Venn School of Luthiery in Phoenix Arizona. McVey's playing reflects the intricate relationship of builder to instrument. His clear, Midwestern vocals are enhanced by the back up of some of the regions best instrumentalists and vocalists. McVey's released CD "Unknown Highway" Sold over 5,000 units and continues to sell. features guitarist JT Corenflos, guitarist for Gretchen Wilson on her All Jacked Up recording. His drummer Dennis Holt, plays for Kerry Livgren A.D. formerly of Kansas' "Dust in the Wind" fame now making it big in the Christian rock arena. McVey's fiddler Tammy King plays for Allison Krause, while his keyboard player on Unknown Highway, Jimmy Nichols plays for Reba McIntyre and Faith Hill. Reba's bass player, Spady Brannen can also be heard accompanying Jake on the CD. This recording was produced by J. Gary Smith, who has worked with such music notables as Merle Haggard, Willie Nelson, Johnny Cash, Waylon Jennings and Bonnie Raitt. Smith recently produced Andy Grigg's "You Won't Ever Be Lonely" CD. McVey is currently working on his new album due to be released in Late January. And turning the heads of major Labels this album could be released threw a Major.