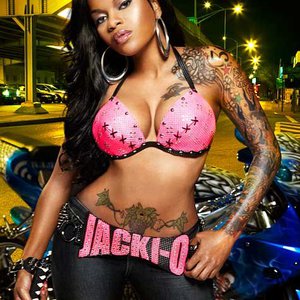 Jacki-O is an American rapper. Miami rapper Jacki-O got her break in 2003 with the bawdy sex rap "Nookie," which garnered the MC comparisons to fellow Southern rappers Khia and Trina. Her 1st album "Poe Little Rich Girl" was released in 2004 and her new 2009 album "Lil' Red Riding Hood" was released digitally to iTunes on February 24th and the physical release was released on March 10th (available on amazon.com, etc...)

After the "Lil' Red Riding Hood" album, a new song called "My Dawg" was released and a video for her song "Hood Girl" was released. There are also rumours she is shooting a video for "I Got Yo Boyfriend"