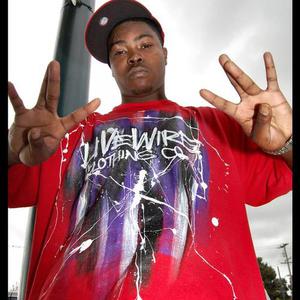 J. Stalin, real name Jovan Smith, is a rap musician from the Cypress Village housing projects in West Oakland. In 2007, he signed to Zoo Entertainment Production Company run by artist Mekanix, who described his style as a variant of Hyphy known as "Go". He is also the Owner of Livewire Records, President of Town Thizzness ENT, which is a sub-division of the late Mac Dre's Thizz ENT. J. Stalin claims in an interview that he was born into poverty and earned money as a child by selling candy bars on the BART trains.

J. Stalin claims in an interview that he was born into poverty and earned money as a child by selling candy bars on the BART trains. Around age 13, he began recording and selling rap music. A member of Oakland's hyphy culture, he is described by a local magazine as a "rapper and sideshow participant".

Although young and boyish-looking, J. Stalin adopted a tough rapper persona. He references Joseph Stalin in his stage name because they shared the same initials, and "he was short like me, but he was always smashin' on everybody." In a recent interview he remarked about his home and lifestyle, "This is West Oakland, man. This is the bottoms right here." He went on to say that the crime rate in his neighborhood was so high, the city had remodeled the housing units in his housing project to remove the back doors so that criminals could not escape from home raids by the police.

J. Stalin's first widely released performances arose when a DJ Daryl, a local recording studio owner, placed him on a track he was recording. A colleague of Daryl's, Richie Rich, was impressed enough to put J. Stalin on three tracks in his 2002 album Nixon Pryor Roundtree album and two more as a member of Rich's group, the Replacement Killers. He later recorded and performed with artists such as G-Stack, Beeda Weeda of the Hieroglyphics collective, Keak Da Sneak and San Quinn, E-40, The Luniz, The Team, The Frontline, Mob Figaz, Yukmouth, Numskull, Shock G, and others. As of 2006 he had released roughly 7 mixtapes and had four releases scheduled for 2007.[1] Mekanix and Zoo Entertainment released "On Behalf of the Streets" in early May 2007. J. Stalin is the President of Town Thizzness, and the owner of Livewire Records. He is also the front man in his group, Livewire Da Gang. The Livewire Gang consists of many artists from various neighborhoods in North, East, and West Oakland. Some of these artists include, Shady Nate, Jay Jonah, Philthy Rich, Stevie Joe, Lil Rue, Lil Blood, Ruben Stunner, R.O.B., Ronald Mack, Kiwi, HD, Major D, and Mayback.

I Don't Sell Dope No Moe