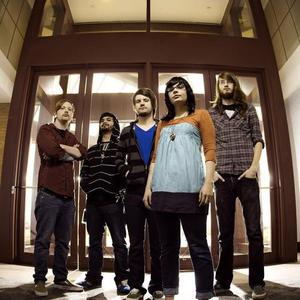 iwrestledabearonce are an experimental extreme metal band from Shreveport, Louisiana. The band incorporate various styles of music and shuffle through them rapidly but they do maintain an overall metalcore sound with electronic influence. Since their formation in 2007, they've released one self-titled EP within the same year via Tragic Hero Records and two full-length albums, It's All Happening and Ruining It For Everybody, in 2009 and 2011 respectively, via Century Media.

on july 4th it was reported that Lead vocalist Krysta Cameron, Had taken a hiatus From the band due to her upcoming Pregnancy . Officially Filling in for Krysta is Courtney Laplante ( formerly of Unicron)

Ruining It For Everybody