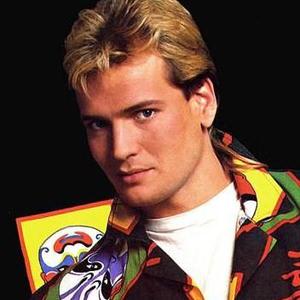 Ivan (1) is a five-man core band from Grand Haven, Michigan. Ivan's music is smart and radiates a violent fury faced by gutteral screams and twin-guitar attacks. Thunderous drums change direction constantly, counterbalancing the consistently eloquent angst of the vibrant lyrics. Highlights of their 10-track release "The Poverty" include the rib cage-rattling opening track, 'On the Odds,' as well as the four-movement concept piece, 'The Decadent Mind of Patient L54.'


Ivan (2) is Ivan Doroschuk, also known as Ivan, is a Canadian musician of Ukrainian origin. He is best-known as the frontman of Men Without Hats. Doroschuk was born in Illinois, U.S. and at a young age he and his family moved to Canada, settling in the city of Montreal, Quebec, where his mother became a member of the music faculty at Montreal's McGill University.

Ivan currently is a stay-at-home father and resides in Victoria, British Columbia, as does his brother Colin.[1] Stefan is the only Doroschuk brother still living in Quebec.

He put out a solo album- "The Spell" under the name "Ivan".


Ivan (3) is one of Oliver Lieb's (german techtrance producer) aliases.


Ivan (4) is a quarter-Japanese young man working only in Japan, who is produced by the famous artist HAKUEI (of PENICILLIN).


Ivan (5) is a young Italian songwriter (actually there's only one song in the web: Glass of Wine).


Ivan (6) Italian "disco" singer exists with the same name, who put out the album Fotonovela that spawned the hit Baila.


Ivan (7) is Jerry "Ivan" Allison, drummer for Buddy Holly's Crickets, whose "Real Wild Child" is best remembered for being covered by Iggy Pop.


Ivan (8) is a young Dutch band who are influenced by the likes of Rage Against The Machine, Red Hot Chilli Peppers and Reel Big Fish and combine those sounds into something fresh.

Ivan (stage name of singer Juan Carlos Ramos Cowboy). (Madrid, July 17, 1962). He was one of the singers of fashion in the early 80's in Spain. The name was proposed by his classmate Miguel Angel Linde Mi?ano changing his name to Ivan, as Juan Carlos is also the name of the Spanish King.
His greatest success came from the hand of producer Pedro Vidal on the theme "Fotonovela" in 1984, where Ivan was able to enter international markets. Besides being number one in Spain, sold over 6 million albums throughout Europe. Soon after, the song Baila was the soundtrack of the Tour of Spain 1985.Along with other names like Pedro Marin and Carlos Perez, captained the "techno-Spanish" easier. Back then, nobody would have said that this issue, "Fotonovela" would become a classic of the "synth pop" and one of the most memorable songs of recent decades, both in Spain and Latin America.