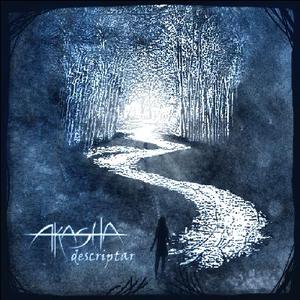 At least five bands have used the name "Akasha." The first was a Norwegian spacey, electronic prog band, who recorded one album in 1977. For more information on the band, visit progarchives.com. The second Akasha is a Swedish group consisting of five women. The group was inspired by Sri Chinmoy's poetry and songs, and started to sing and play together in 1982. Since then the group has been giving concerts in Sweden regularly and has also been on tours in Finland, France, Austria, Switzerland and Germany.

The first was a Norwegian spacey, electronic prog band, who recorded one album in 1977. For more information on the band, visit progarchives.com.

The second Akasha is a Swedish group consisting of five women. The group was inspired by Sri Chinmoy's poetry and songs, and started to sing and play together in 1982. Since then the group has been giving concerts in Sweden regularly and has also been on tours in Finland, France, Austria, Switzerland and Germany.
Instruments - Guitars, harmoniums, esraj, xylophone, Indian and Western flutes.
Some critics compare Sri Chinmoy's music to Gregorian chant and perhaps this comparison will seem especially true when hearing the recordings of Akasha. Many of his songs began as devotional poems to which he later set music. Some speak of joy and peace, others of the longing man feels to be united with his Source.

The third, is a now defunct political post-punk band from Memphis, TN featuring current and ex-members of Bury the Living and Pezz. Often compared to everything from Fugazi and Husker Du to earlier Neurosis, they had released one self-released album named "Closer" and disbanded some time in 2006.

The fourth, and more recent, Akasha is a duo from Brixton. Equally admired by jazz fans and drum'n'bass DJs, Charles James Casey and Damian John Hand recorded several of the most diverse EPs for the nominally trip-hop/big-beat Wall of Sound Records. The duo debuted in early 1995 with the EP Jazadelica, the third release on Wall of Sound. The EP earned much praise, earning Akasha a spot at 1995's Glastonbury Festival. There, Casey and Hand unveiled their onstage incarnation, a nine-piece band with several accomplished musicians. In 1998 they released two remix EPs, and a year later the full-length album, Cinematique followed.

The fifth is a Costarican Hard Rock Band.

Their name, Akasha comes from ancient celt - meaning the source of energy that keeps beings alive.

The Band was born in the year 2000 by guitarrist Emmanuel Sotela and ex-singer singer Leonardo Barboza,and has had a long and positive evolution throughout the years, exploring from alternativerock, to grunge, metal and progresive styles to the current style, which is our definite sound, that lingers from Alternative Nu Metal, to Hard Rock.

The first oficial lineup was in 2002 with

It was during this lineup that the band recorded its first independant EP (which the band only gave away to friends and fans and was never comercially released) which included 3 songs. It was after this that Akasha started playing better gigs, getting invited to big rock venues in the country and enjoyed some quality radio time with the 1st single out of the Ep,called ?Palacio de Cristal?

By mid 2004 Leo had left the band and in came Julio Najera to replace vocal duties on the band, and soon after bassist Alonso C. and drummer Alonso Z(now in the boston band Delta Waves) left the band to study music in USA. With this came new bass player/2nd singer Mauni V. into the band that provided a more modern sound and a second voice to the band, and soon after came Narayan B. with his kick ass drumming and finished giving Akasha the twist it had been yearning for!! the lineup is now complete and the way it always should have.

2006 was a very big year for the band, because they recorded their first full length independent album titled ?Descriptar?. It was recorded and produced by Jesse Alvarado (sonic response productions from LA) here in Costa Rica, Audio Arte studios, and was mixed by Jesse in Los Angeles in Sonic Response Productions, and mastered by Jesse in World Class Audio in LA.

Akasha is currently promoting the album and their 1st single called ?Cartas Marcadas? which is playing in tha main rock stations in the country,and their video for the song is also enjoying very good airplay in the music channels in the country.

Currently the album is found on www.cdbaby.com and also in itunes and www.noisehead.com. Tha band is currently working on playing several shows abroad like the rock al parque festival in Colombia and Vive Latino festival in Mexico.

The band is working hard in getting a distribution deal so they can distribute their album in latinamerica and the states, and also working on getting a maneger outside Costa Rica, hopefully in the states.