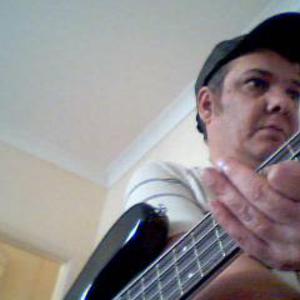 Invisible Man is an eclectic alternative band with members from both the United States and Canada. Although they have been compared to many bands a few names that keep coming ?up are Flaming Lips, Badly Drawn Boy, ELO, Elvis Costello and Sloan. Originally a solo act Chaz Coats-Butcher began writing songs for this project back in 2001. One of the songs he recorded during this process was called 'Invisible Man' and was the title of his solo EP. Because this was all that was written on the cover of the CD people just assumed that was the pseudonym Butcher performed under.

The name stuck and 'Invisible Man' the musical artist was born.

Chaz met drummer / producer Dan Legault in 2005 when the pair were collaborating with a friend on a project called Engines Of Peace. The musical connection was instantaneous and they knew right away that it would not be the last time they would be working together. It wasn't too long after that the two got together and pooled there collective talents and resources to produce the bands critically acclaimed CD 'Music For Lost Souls and Misfits'

With the addition of super talents Tim Alleyne on keyboards and Peter Grant on bass 'Invisible Man' was now complete and ready to get the show on the road.

Music for Lost Souls and Misfits