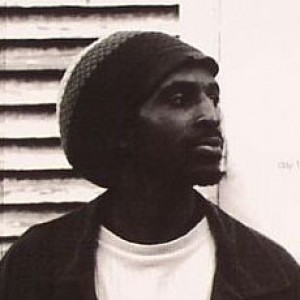 There are several artists named Insight: 1. An American hip-hop artist, who also records as Soloplexus and with ShinSight Trio and Y Society. 2. Late 80's hardcore band from Salt Lake City, Utah. Signed to the record label victory records, The not only were on the Innerstrength / Insight split VR1 but were also on the compilation VR05 [Album]Only the Strong The Compilation [/album] they were the third song on Side Victory silent Shore this compilation also had other notable hardcore bands, LIFE CYCLE, Face Value , Confront ,Meanstreak , Integrity

1. An American hip-hop artist, who also records as Soloplexus and with ShinSight Trio and Y Society.

2. Late 80's hardcore band from Salt Lake City, Utah.
Signed to the record label victory records, The not only were on the Innerstrength / Insight split VR1 but were also on the compilation VR05 [Album]Only the Strong The Compilation [/album] they were the third song on Side Victory [song] silent Shore[/song] this compilation also had other notable hardcore bands, LIFE CYCLE, Face Value , Confront ,Meanstreak , Integrity
Insight was Salt Lake's first major straightedge hardcore act. Their passionate lyrics of drug-free ethics and animal rights consciousness set the stage for outspoken SLC bands to come, from Lifeless to Cherem. Formed in the late '80s, the band released two 7" records, [album]Standing Strong[/album] (Soulforce Records) and [album]What Will It Take[/album] (Victory Records' Release), before disbanding in the early '90s. Insight tracks also appeared on Victory's [album]Only the Strong[/album] and [album]Victory Singles: Volume 1[/album] compilations as well as the classic Voice of Thousands comp which featured early material from Integrity and Outspoken.
Drummer Chad Smith went on to play with Salt Lake band ICEBURN (Victory, Revelation). Bassist Doug Wright played in early formations of ICEBURN and now plays with New York City rock band The Dirty Pearls. Guitarist Jeremy Chatelain went on to play with ICEBURN, Handsome (alongside Tom Capone of Bold & Quicksand) and Jets to Brazil (alongside Blake of Jawbreaker). He is currently doing a country-pop project called Cub Country.


3. A rapcore band from Italy with an EP called "Hidden Blind Lies".

6. jazz band with an album called "A Genesis".

Bio (Written by Insight himself): Hip Hop, an art form encompassing other art forms born in ghetto basements and city parks has since grown from being solely a lifestyle to a highly characterized school of thought; the thoughts defining and shaping it's elements. Those who burgeoned in the climactic era of it's elements, were seduced by it's charms, witnessed it's glory and evolved with it. Since to live it is to think it, these few became a vehicle for it's propigation. Contemporarily, those few who formulate the thoughts behind the vehicle are tracing the path for and recording Hip Hop energy. This school of thought gave birth to minds that exist to maintain the integrity of the art form configurating the inner circuitry for the politics of the culture all the while thriving towards continuous innovation. The most adamantly funamental component of this school of thought is Insight. Hailed by some as genius, Renaissance man, others, mysterious even obsessive compulsive but all do agree, this veteran is a visionary. Insight is a self-taught introvert whose work ethic is marked by hermit like tendencies. Born in St. Thomas, Virgin Islands, he migrated to the U.S. at an early age and has lived in New York, California (Seaside), and currently Boston . To Insight Hip-Hop is a faction of the mind. It was not somthing that he merely dabbled in as a hobby, but also, experimented on and redesigned in his cerebral laboratory; dissecting it's organ structure to understand it's sociopolitical dynamics and survival mechanisms in order to recreate or rather engineer a stronger sound. It was the way he thought. His mind is an animated labyrinth that alters it's paths, closes and opens different doors, where visitors of typical perception often find themselves lost on endless quest to classify the man. Thoughts seem to spawn at the rate of cellular activity, femtoseconds. Within minutesvisions are organized into thoughts, and thought to ideas, and ideas conceptualized, documented and produced and if in that time span you happened to blink, you missed it. To know the man is to misunderstand him. Producers, MC, DJ are all random titles that circulate in his medium yet still do not summarize his diverse abilities.Insight has worked for 15 years as an MC, Producer, DJ, and has polished himself into a well balanced hip-hop composer. His talents also include webdesign, animation, painting, and programing wich all satisfy his creative thirst. Sight handles most of his own business including music cosulting and executive production for many other companies, radio and TV stations. Unsurpassable production skills are displayed when; with acurate drum programing on the Akai MPC 3000, he shapes sound with his unique sence of swing and sample style. He will record himself, add his own scratches and cuts then engineer and press his own record. A man who can be seen at live shows captivating those who have never realized the potential of a Hip Hop performance. Upon encounter one wonders where this man came from? It is also not usual to catch him throw the microphone down only to jump behind the turntables. Not many artists can produce, record, mix, engineer their own material and instruct themselves in the latest programming languages to build their own websites. This Hip Hop composer has with www.insight.fm ;A website he created and designed which not only includes all his latest works but where you can also get a glimps of superb design skills. If no other category be allotted, Insight will always be classified as the epitome of an artist. He has always taken the road less traveled, refusing to follow current trends. He doesn't believe in making money by selling a negative black experience such as many of the more popular artists today. He makes his music to empower others and increase his circle of positivity. Employing the innovative approach in every pursuit in the end yields results so entirely unique they envoke a sense of solitude. Insight is on a mission, a mission to transform, trancend and translate mental mechanics and language of Hip Hop into cerebral ammo. Looking at his track record quickly reveals his ability to collaborate with many artists and styles of music from production to voice changes. Seventeen Emcees, a song on "The Blast Radius", pits his voice morphing and style surfing abilities right in your face. One realizes upon encounter, it is not enough to merely know Hip-Hop, one has to have --Insight

From The Inside Out

Crooked Needle On A Square Record