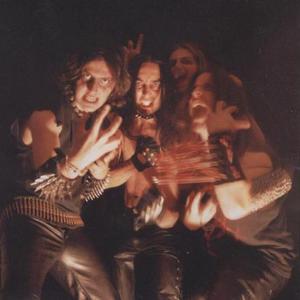 More than one band under this name. 1) Old School Thrash Metal band from Italy formed in 2002. They play a style identical to Slayer's Show No Mercy. In 2004 Battle Cry Records released their full-length album called "Wait And Pray". http://www.myspace.com/waitandprayinsane 2) INSANE is an Ukrainian hip-hop/rap artist. 3) Nu-Metal band from Hungary. This band is one of our days most popular and succesful rock/metal band abroad, what was formed in 1999 in Budapest, Hungary.

2) INSANE is an Ukrainian hip-hop/rap artist.

3) Nu-Metal band from Hungary. This band is one of our days most popular and succesful rock/metal band abroad, what was formed in 1999 in Budapest, Hungary. Since its formation Insane made more than 500 shows in 23 European countries, they have 4 LP's, 2 EP's and 8 music videos.
In 2004 the second LP came to light (XXI. Century Poison) it was as powerful as a poison in sonority worthy to its name, and it is still kept as the most dynamic record of the hungarian modern metal history.
Between 2004-2006 the band was nominated three times by VIVA TV in the category of the best hungarian modern rock/metal band.
Since 2005 in the course of 8 European tours Insane could play with bands such as SOULFLY, ILL NINO, PRO-PAIN, Napalm Death, Anathema, Diecast, 4LYN, Deep Insight, Ektomorf, D.R.I. etc.
In the summer of 2008 the 4th LP was released with what the guys won the Fonogram award in the category of the best hungarian rock/metal album. While the music video called Hocus-Pocus was at an exclusive place on the hungarian MTV's rock chart, and after 6 weeks it got to the second place.
In the course of the European tours the Baltic states became a beloved destination, to where the band gets back nearly every half year. Due to the persistent concerting and background works, the Baltic MTV pinned the last two music videos to its programme, out of which the second video (33) was shot in Latvia and Lithuania in the summer of 2009. The band is searching for new challanges all the time, and until this time they fulfilled nearly all invitations, and due to their positive approach they are recurring guests.
This is the normative precept for 2010 also, accordingly the concert calendar is almost full with shows abroad and in Hungary. The spring concert set was made like the shows abroad should be by and large in proportion with the shows in Hungary not like in the last few years. So this won't be continuous tour, but the shows will be dissolved to ?long weekends?. Irrespectively of this the band plans for the summer to make a continuous concert set including the Baltic states.
http://www.myspace.com/bandinsane

4) In-Sane are one of the Slovenian finest products. Their roots going way back to the age, when guys where just little boys and inspired by rebellious fast punk rock music. For those keeping score that was in 1997. They started playing music inspired by bands like NOFX, Millencolin, Bad Religion and Pennywise. Soon they decided it was time to follow their own path. In the age of labeling, it was decided they should try so called heart-core. Even that the guys are against music labels or any kind of labeling for that matter (as is it simply not punk rock, as they would point out), however this label describes them perfectly. Their tunes come straight from the heart, where even the coldest hearts are warmed by the melting music coming from this three piece. Their live shows are an experience on their own. There has not been a bad review of their live show in ages, as they really show all that punk rock should be about; energy and dedication and of course D.I.Y. ethics and the passion behind it. In-sane have already relentlessly toured through most of the Europe and have made a name for themselves. Everything you heard about them is true. If you have never heard of them before, this new cd, Trust These Hands? are Worthless, will change that, and soon you will find yourself banging along to the songs, raising your hands in the air and singing along to the songs. The cd should come with a warning, watch out, if you do not want to be addicted to the brand of In-Sane heart-core.

5) INSANE is a trash metal band from Opava, Czech Republic, formed in 1993. Check out more about INSANE on http://bandzone.cz/insane, https://www.facebook.com/pages/INSANE-CZ/311608375804, http://www.myspace.com/insanebandcz

Our Island - Our Empire