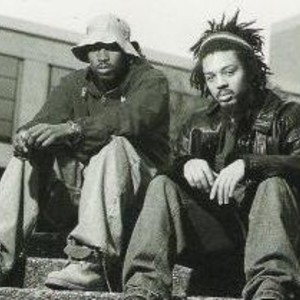 Formed in Petersburg, Virginia in the early 90's, Ill Biskits released thier 1st single on Indie NYC label Khari Entertainment in 1994. The single, "God Bless Your Life" contains the rare and much sought after B-Side track "22 Years", which was produced by none other than, Hip-Hop legend Lord Finesse. The single generated a minor buzz and earned the duo strong spins at College radio and Hip-Hop stations in Chicago, New York and San Francisco as well as with mixtape D.J's at clubs accorss the U.S.

In 1995, after getting the attention of major label Atlantic Records, the duo signed an album deal, and went onto to release 2 more singles. The re-release of "God Bless Your Life" (minus the cuts contained on the Khari Ents 12") and "Chill Factor B/W Hypnotic Blessings". A full-length album was completed, but never commercially released. However, promo copies of the album were pressed and released in very limited numbers on C.D & Cassette only.
Little else is known about the duo who, on the evidence of the material they released in their short period in the game (from 1994-1996), would undoubtedly have went on to achieve great things in the Hip-Hop universe.