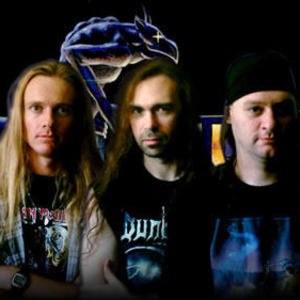 1. Ilium (named for the fictional setting of Kurt Vonnegut's first novel, Player Piano, a stand-in for the author's then-home of Ithaca, NY) was led by guitarist James Hughes and also featured bassist Thomas J. Quinn and drummer Christopher Robert. Hughes formed the group in high school, heavily influenced by the Tortoise/Gastr del Sol/Sea and Cake axis of Chicago avant-rock, the groove-oriented minimalism of Kraftwerk and the electronica-heavy lineup of Hefty Records, the label started by his older brother, John Hughes III.

(And yes, the Hughes boys are the sons of '80s superstar film director John Hughes.) Within a year, the trio signed to Hefty and released the Plexiglass Cube EP, a set of five untitled instrumentals produced by local heavyweight Bob Weston. Paint by Numbers, another EP, this time with six untitled tracks, followed in 1999. However, Ilium split up shortly thereafter, as educational pursuits took precedence. ~ Stewart Mason, All Music Guide

2.Ilium started in 1998 when former Oracle members Jason Hodges (guitar) and Mark Snedden (vocals) decided to form a new band. Other former Oracle members Kris Arendse (guitar) and Michael Noonan (bass) came into the fold and the group soon became known as Iliad. With the inclusion of third guitarist Adam Smith (also formerly of Oracle) the band renamed themselves Ilium and shortly afterwards Kris left. The band recorded their debut EP in 2002 with Dungeon vocalist Lord Tim producing. The success of the EP led to a deal in Europe with Steelheart records and with Steve Moore of Dungeon providing drums, the acclaimed debut "Sirens Of The Styx" was released in 2003. Shortly before the release Peter Gilchrist (bass) and David Walmsley (drums) joined the group. The band were due to go into the studio to record when Mark Snedden left and was immediately replaced by the band's producer Lord Tim. With both Peter and David leaving before the release of the group's second album "Permian Dusk", the bass parts were again completed by Adam. They both returned briefly before the release of the album in 2005, with the inclusion of Peter's son Corey on keyboards, but David again left shortly afterwards and a tragic accident (Corey was hit by a train, losing his foot) forced the withdrawal of Peter and Corey. "Permian Dusk" received rave reviews, including a 9.5/10 from Europe's biggest metal magazine Rock Hard!, Wolfram Kueper proclaiming it the best album of 2005. Currently the band are recording their third album "Vespertilion" with new drummer Tim Yatras (of Dungeon/Lord fame) and it promises to be their best release yet.

Sirens Of The Styx: Re-Styxed

Sirens Of The Styx