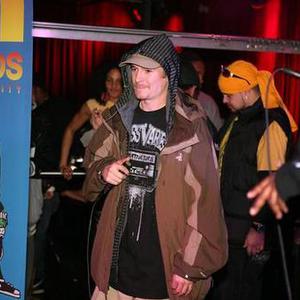 Beginning with a belt-driven turntable and a handful of vinyl in junior high, IDE, co-founder of the national hip hop conglomerate, the Creative Juices crew, has banged out beats for the last nine years. He is also an emcee, engineer and b-boy entrepreneur.

Perpetually climbing through crates at local record stores with a friend who would become a DMC world champion, IDE initially shared his symphonic vision with the world in 2002, entering his first of many beat battles. As his record collection and passion for production swelled, he sought that ever-elusive, inspired hip hop community. He found Alucard.

Together IDE and Alucard formed Creative Juices to fill the gap in New York City underground rap. Based where it all began decades before, the duo produced and distributed demos, created unique, graffiti-inspired album cover art and T-shirts, hustled promotions, and built a Web site that now receives more than 30,000 hits a day. Bolstered mainly by IDE's beat-making abilities, Creative Juices quickly expanded as more and more indie rap heads wanted to get down.

Today, consistent with what hip hop's pioneers had envisioned, the crew tackles all elements, consisting of emcees, producers, DJs and graffiti artists. In addition to IDE and Alucard, Creative Juices is comprised of L.I.F.E. Long (of Stronghold fame), Deep and Ben Boogie of 2 Hungry Brothers, Save Messiah (formerly of the Fondle ?Em-affiliated Scienz of Life), Proper, Getty Free, Caique, Kryptonite, Lush One and others. Their first official release, the Endless Varieties mixtape, has developed a burgeoning buzz, selling thousands of copies in a short time.

IDE personally exhibits many of the talents that distinguish his team. He makes beats, engineers, produces and executive produces albums, and makes rare, energized appearances on the mic ? on tracks and on stage. IDE made his first album appearance as an emcee on the Creative Juices posse cut "Italian Job," off Deep and Ben Boogie's Frequent Flyers album. He also frequently appears live alongside L.I.F.E. Long, with whom he rocked a capacity crowd at Scribble Jam 2005.

IDE grinds through his days bouncing amongst a number of projects all on the table at once. As an emcee, IDE is now recording an EP with DJ Connect of the up-and-coming Elite Fleet. As executive producer, he recently completed L.I.F.E. Long's Cuts and Collabos 2, released on Raptivism Records. He executive produced and mixed Random Violence, the new album from Jak Progresso, and is collaborating with Progresso on a forthcoming concept album, Ancient Oak ? Ye Old Wisdom. IDE is also working on a new album with Savage Messiah, and produced two tracks for Shabaam Sahdeeq that will appear on Strategize, the Rawkus album's mixtape album with DJ Revolution, set to drop shortly. Expect big things from IDE in 2006.