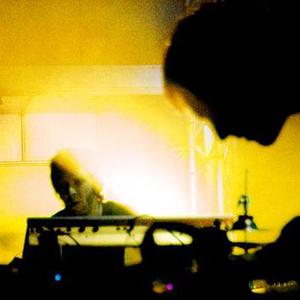 Str?nen (born ?72) has studied music and composition. He is a regular member of several bands, most notably Food, Maria Kannegaard Trio and Parish, the quartet led by Swedish ace pianist Bobo Stenson. As is the case for most Norwegian jazz musicians of his generation he has played with just about everybody and been a frequent performer at the Norwegian and European festival circuit for several years.

Storl?kken is a founder member of Supersilent, Terje Rypdal's Skywards and jazzrock quartet Cucumber but was first noticed with freeform trio Veslefrekk with fellow Supersilent members Arve Henriksen and Jarle Vespestad. This group was formed as a result of meeting at the "jazz academy" in Trondheim, an important breeding ground for a whole generation of young players in Norway. He is probably the most interesting and adventurous electric keyboard player operating on the Norwegian scene at the moment. Being raised on Joe Zawinul and Herbie Hancock, he has developed a style and a personal signature that is uniquely his own, heard to great effect on stage and on record with Supersilent. And of course on Humcrush.

Humcrush is a set of improvisations recorded live in the studio, believe it or not we might add, as they more often sound like meticulously composed and programmed pieces of music.