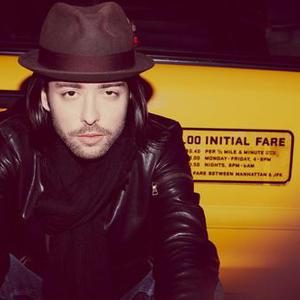 There are at least 7 artists performing as Hugo: 1) There's an aura of late night heat and mystery in the music of Hugo. For him, Old Tyme Religion isn't just another album title ? it's an apt summation of a certain conviction that continuously embeds itself in his story, and in his songs. His real life experiences have taken him from the Mekong River jungle to the booth of a favorite Thai restaurant in the Hell's Kitchen neighborhood he has made home. His spiritual and musical sojourns have led to Old Tyme Religion, a lyrically provocative, tunefully hook-filled unconventional pop debut.

1) There's an aura of late night heat and mystery in the music of Hugo. For him, Old Tyme Religion isn't just another album title ? it's an apt summation of a certain conviction that continuously embeds itself in his story, and in his songs. His real life experiences have taken him from the Mekong River jungle to the booth of a favorite Thai restaurant in the Hell's Kitchen neighborhood he has made home. His spiritual and musical sojourns have led to Old Tyme Religion, a lyrically provocative, tunefully hook-filled unconventional pop debut.

"I'm trying to make rock & roll in the age of hip-hop," he affirms. "A complete thought in 3 minutes and 30 seconds, that's the challenge. A song is a planet with gravity and atmosphere and things living in it. An album is a solar system."

Born in England and raised in Thailand, Hugo -- a seriously dedicated songwriter, musician and performer -- has already plowed through several aesthetic incarnations on the road to Old Tyme Religion.

As a young teen in Thailand, he achieved nationwide success by cutting four studio albums with Siplor, "a hick band with a mission,? whose charge against ?the man' resulted in a couple of their records being banned on the radio. Reflecting on this experience, he realized how formative and insular his Thai musical experiences had been. "The records I was making in Thailand, in isolation from American culture, were made as if we were still in the 70s. Nothing after 1977, Elvis wasn't dead, punk never happened. Thailand has this hangover from the 60s and 70s. The juke boxes had Creedence Clearwater Revival, anything that had a bit of heat to it looked right and sounded right through the cicadas and the mosquitoes, heavy into that swampy dark ominous thing.?

Committed to bringing his music to the rest of the world, Hugo cut through the heat and humidity and journeyed to London. He went on an extensive blues exploration, listening to Howling Wolf, Son House, Robert Johnson, Skip James. "The guys that sometimes when they were singing, they didn't sound like people," explains Hugo. He wasn't looking for beer commercial blues; he was hunting down "the Mississippi Delta stuff, the country blues, that whole atmosphere."

To Hugo, the putative conflict between the mainstream and the underground dissolves when the quality of the music is high enough. "The Doors were a mainstream band," he states, "and no one would doubt their credibility or importance. I think the Doors are as 'arty' as anything more obscure; same with the Beatles, Led Zeppelin, the Rolling Stones.? This fine line between accessibility and intrigue is where Hugo's music naturally falls. ?That's the pop medium I'm trying to work in. I don't see myself as alternative or indie or anything like that at all. I consider myself to be making mainstream music. That's what I want to do, play for people that like the material."

One of his songs, "Disappear," found its way on Beyonc?'s international best-selling album, I AM... SASHA FIERCE, in the proverbial nick-of-time. Hugo's London prospects were dimming and he was contemplating a retreat to the jungles. "I was going to pack it in and go back to Thailand," he admits. "That song was a life saver as far as my career was concerned. London is frigging expensive."

"Disappear" also tapped into one of Hugo's particular strengths as an artist. "I'm a collaborator. I like things to happen and things happen when you get people involved in them,? Hugo says. The song led to more collaborations and a deal with JAY-Z's Roc Nation, an intriguing home for Old Tyme Religion.

When it comes to his craft, Hugo doesn't like writing in code or obscurities, preferring a direct, unambiguous approach. "I want people to know exactly what a song is about," he admits. "I'm not a poet. Lyrics are different from poetry...," he pauses before adding, "...unless you're Jim Morrison or Bob Dylan."

Each of the songs on Old Tyme Religion has a different story to tell and a different mood to set. While the title track is a bluesy morality tale told from the POV of a murdered lover in a romantic triangle, "Bread & Butter," Hugo's "version of uncomplicated lust music," is both a sly send-up of machismo and an unabashed celebration of eros, wrapped in a party groove tailor-made for summertime all year long.

It's that heat and humidity which drives the swampy pulse of "Mekong Delta," a steamy vision of love, and transcendence, by the banks of a richly symbolic river. With its spiritual kinship to the Mississippi Delta, the mysteries of the "Mekong Delta" are as universal and elemental as water.

As a tip of the fedora to Roc Nation's founder, Hugo puts a twist on the classic "99 Problems," finding a new previously unforeseen nexus linking pop, rock, country, urban and hip-hop.

Philosophic at heart, Hugo surmises that, ?if reincarnation is for real, he'd like a couple more go-rounds on the great cosmic wheel.? For now, that wheel keeps spinning and we can all experience Old Tyme Religion.

2) A minimal techno artist and manager hailing from Turin, Italy, Hugo was really young when he had the perception that music is something more than an expression of art. while he was smoking and wondering on his balcony surrounded by the industrial landscapes of Mirafiori blocks, he got his flash of inspiration. After that, classically trained jazz musician Hugo, fell in love with electronic music during the 90's. He founded his own electro-oriented label ?general elektrik?. Hugo's latest productions reaches what is defined by ?less is more?, yet keeping a funky, rough and clubby vibe! You can find more of his music on the Goodvibe Recods

3) Hugo is an American Aor singer who is most known for his album with Valentine. Hugo began singing with Open Skyz and has released three solo-albums so far. After more than 10 years of absence he made his comeback in 2008 on firefest IV and will be performing again at firefset V.

4) A piano rock singer/songwriter based out of NYC. He has released three recordings and had multiple placements on MTV's The Real World.

7) An Australian group from the late '60s / early '70s, probably hailing from Adelaide. Released the classic single ?Hey! Watch Out' / ?Girl in The Garden' in 1969 or 1970. Both tracks can be found on the excellent ?Peculiar Hole In The Sky' collection on Big Beat records.

Furthermore, Hugo is also the name of a company that produces language tapes.

Deep In The Long Grass

Fire In The Night