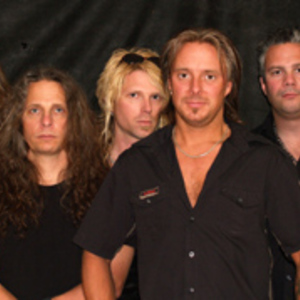 House Of Shakira are a melodic rock band hailing from Sweden formed in the early 1990's. Their debut "Lint" hit the stores in 1997 and was nominated best debut album by magazines and e-zines all over Europe. Some magazines went even further in their praises of the band and put "Lint" in the "top-ten list" of debut albums ever. This standard is common in the HOS story - great reviews, hard work and lots of laughter.

This standard is common in the HOS story - great reviews, hard work and lots of laughter. The band has been around for fifteen years now and the members are still creative and push themselves to write the best songs in rock n' roll today. Building on the solid foundations laid by ?Lint? the band have since released the critically acclaimed follow ups ?On The Verge? (1998), ?III? (2000), ?Live? (2001), ?First Class? (2004) and a live DVD ?Live At Firefest 2005? (2006).

November 18th 2007 sees the release of their new album ?Retoxed? on Lion Music which the band state comes from the same mould yet with more life experiences as ?Lint?.

Live at the Firefest DVD (PAL)