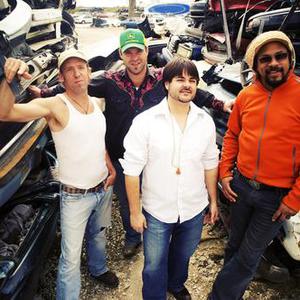 They knew each other from having all played together in some form or another in various New Orleans bands, and with the great unknown regarding their return to their underwater hometown looming in the distance, they decided to put together a band and get some gigs going.

Two months after they started playing in San Francisco, sound engineer Robert Gatley approached the band with a rare opportunity ? he wanted to record a Honey Island Swamp Band album at the legendary Record Plant studios in Sausalito, where he worked. The recording was well received and they all decided to continue the band upon moving back to New Orleans in early 2007.

In April 2009, HISB released its first full-length album ? Wishing Well ? produced by Tom Drummond of Better Than Ezra. They followed it up with Good To You, released in April 2010.

This was adapted from the bio at their official site, http://www.honeyislandswampband.com.