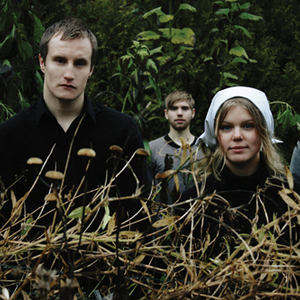 There are at least three bands artists using the name Holmes 1) a band from Sweden 2) a singer power pop singer songerwiter from Los Angelese California 3) A singer-songwriter who plays the ukelele from Peterborough Ontario, Canada 1) Sincere, true and honest ? three words to describe the music of Holmes, but also three words to describe them as a band. When you meet Holmes either through the speakers of your stereo, at the house of a friend or live in concert you will soon realize that you have found a new friend.

1) a band from Sweden
2) a singer power pop singer songerwiter from Los Angelese California
3) A singer-songwriter who plays the ukelele from Peterborough Ontario, Canada

1) Sincere, true and honest ? three words to describe the music of Holmes, but also three words to describe them as a band. When you meet Holmes either through the speakers of your stereo, at the house of a friend or live in concert you will soon realize that you have found a new friend. I first met Holmes in 2009 through their Storm EP and after playing those four tracks for five or six hours straight during a rainy Friday afternoon I soon realized that I would have to get their debut album pronto, and 15 minutes later I found myself at the local music store holding Wolves as carefully as if it was made of glass, with a big grin on my face. A week later I knew all the songs by heart and since then we have been like the best of friends ? Holmes and I.

Holmes will welcome you from the very first tone and then carefully lead you through stunning melodies and lyrics with gravity and intensity. This is a band that will let you come along on tour, lend you a jacket when you're cold or hand you a cup of coffee when you need it the most. Their music is a feeling to wake up to with sounds that compliment your spring walks in the sun and tones that will wag you to sleep, and it's been described as critics as both melancholic and epic, as well as a portrayal of autumn dressed in music; steady and colorful, like a drizzling rain.

Holmes started out in V?nersborg, Sweden in 2003, but didn't release their debut album Wolves until five years later in November 2008. The album was well received in international press and their most successful European tour so far followed during the spring of 2009. Have I Told You Lately That I Loathe You, the sophomore album from Holmes, is an international affair completed along with people they have been working with in the past and know well. Just like for Wolves Anna Emilia Laitinen located in Tampere, Finland made all illustrations for the artwork and the recordings were done at Kepner Treg with Per-Ola Eriksson in G?teborg, Sweden before being sent over for mastering by Carl Saff, a new acquaintance residing in Chicago, Ill., USA. Bless Internet! On Have I Told You Lately That I Loathe You Holmes offer the listener everything they did so well on Wolves , but this time with more confidence, a more vibrant and raw sound, and more profound and aware lyrics. The only thing that doesn't surprise is the great sense for melodies that are brilliant as always.

Like most other bands from the V?nersborg area Holmes rehearse in the old mental hospital in the small town that pretty much holds a black canal, a big interest for music and a roundabout with a tiny statue of the Eiffel Tower (V?nersborg is for some reason nick named Little Paris, although no-one seems to remember why). And maybe it's the combination of a small town, a black canal and a whole lot of creativity that somehow has made Holmes so sincere, so true and so honest. Just like a best friend.

Holmes can often be found buried under a mountain of vintage recording gear in his cozy Silverlake, California home studio, cooking up tracks for himself, other artists, television and film. He owes his music to his childhood mix-tape roots and old influences ? The Beatles, David Bowie, The Cars, Prince, Stevie Wonder, Elvis Costello, Paul Simon, Pink Floyd, The Police, Howlin' Wolf and many others?

Known to his mother as Roy Shakked, he was born in Israel, started playing piano at the age of 6 and spent his teen years in Boston. By the end of high school he was playing in various bands, wrongly believing it would improve his status with girls.

After attending Berklee College of Music, where he supported himself by working as a bar pianist, he moved to New York, where he worked as composer for obscure video games. A year later he found himself in Los Angeles producing albums for the Delta Music and Yamaha labels. As labels often do, they eventually went under and on cue, he started his own ? Groove Gravy Records. A series of aliases followed: Jazzelicious (remixing Sarah Vaughan, Jimmy McGriff, McCoy Tyner, Carmen McRae and producing cuts for Shihan and Ursula Rucker), The Tao of Groove, Zigo, and RioListic, yet still, he insists he does not suffer from Multiple Personality Disorder. In the process, his eclectic style caught the ears of music supervisors who have featured his tracks on television shows CSI Miami, Sex and The City, The OC, Independent Lens, Nip/Tuck, Without a Trace and Suburgatory among others, as well as a Nissan Motors commercial and movies Poseidon, Day Zero, Cross Bronx and The Devil Wears Prada.

By 2007 Roy decided to make a u-turn from the world of samples, loops and sequencing and go back to his old influences. It was time to release his original songs. An old band name turned nickname was dusted off, brought back to life and Holmes was (re)born. Enlisting a group of friends that would make any record producer's mouth water ? Lyle Workman (Beck, Sting), Chris Bruce (M'chelle Ndegeocello, Sheryl Crow), Michael Jerome (Blind Boys of Alabama, Better Than Ezra), Joel Shearer (Damien Rice, Alanis Morissette) and Brett Simons (Brian Wilson) to name a few ? he went on to record dozens of songs pumped up with old-school goodness. Holmes thanks his lucky stars for good friends.

Following his first album Stop Go and an adventure-filled Europe tour he went on to record his self titled sophomore release in 2009. A 3rd album, Covers, (a covers album, hence the name) was released in the Fall of 2011 and a 4th, Complication Simplified, came out September 2012.

3) Adam Holmes lives in Peterborough and recorded Demo From The Drunk Tank in 2011. Adam sings and plays ukele

Have I Told You Lately That I Loathe You