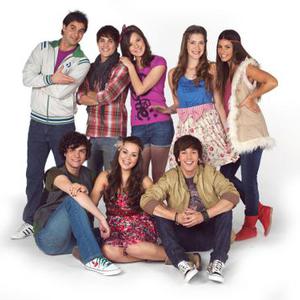 There are six acts called Highway: 1. A psychedelic hard-rock trio from Minneapolis. Their sole album from 1975 (Highway - No label # 584 N 11) consists of long tight songs with great vocals and extended, flowing guitar leads on the better tracks - Look Away, Meadow and Tomorrow. Some of the other tracks are rather more nondescript. Their album originally had a pressing of 500, and Steve Murphy had earlier played with Minnesota's The Epicureans. Murphy incidentally is held in high esteem, nay reverential awe, by Midwest afficionados.

1. A psychedelic hard-rock trio from Minneapolis. Their sole album from 1975 (Highway - No label # 584 N 11) consists of long tight songs with great vocals and extended, flowing guitar leads on the better tracks - Look Away, Meadow and Tomorrow. Some of the other tracks are rather more nondescript. Their album originally had a pressing of 500, and Steve Murphy had earlier played with Minnesota's The Epicureans. Murphy incidentally is held in high esteem, nay reverential awe, by Midwest afficionados.

2. Highway is a Dutch band singing wellknown Dutch hits from back in the eighties. They are most wellknown for Kiddy kiddy kiss me and Sugar Sugar Baby.

3. Highway is rock band from Serbia.
Highway exploded on international scene in 2005 and from there on lives of these five unchained and over ambitious kids from the block came to the turning point.

It all started in the beginning of 2005 when keyboardist Dejan Ilic had an opportunity to take a band to ?Stars of Tomorrow? international music contest in Turkey. There was just one problem, there was no band to go with! Not having much time or choice he had to come up with something as soon as possible. A call went to the drummer of his former band, Milanko Milinkovic. Next thing to do was to find a guitarist that could match their intensity. They got lucky because Dejan was approached by Nebojsa Kerac in an art school which they were attending together at the time. At the first tryout all three of them knew that was it! Unfortunately they ran out of time, deadline to apply was within hours and they were still missing a bassist. Nebojsa saves the band by making a quick phone call to his eccentric friend Aleksandar Beljanski who happens to love bass.

They barely made it to the competition but from there on no one knew how things would turn out. All they had on their minds was how to take over that stage and blow everyone away and all they had been doing was practicing for the one night gig.

That night finally came and Highway set the stage on fire! They walked away with the award for the best singer and they were overall runners-up of the contest that featured over 70 bands from over 15 countries.

Red-blooded singer, biting guitarist, glam punk keyboard player, obscure bassist and mortal drummer had the right clique and from the moment they felt that Highway was born. In their minds they all knew this is it, they all knew they have to keep the feeling alive and they all knew this is the opportunity they have been waiting for. Upon returning home media went after them and their success in the battle of the bands in Turkey by officially introducing them to the mainstream music scene. They made it official that they're all staying together and Highway was not a one night stand.

For the rest of the 2005 they had quite few shows and public appearances but they were concentrating and working hard to produce new sound that would stamp their rise.

In mid 2006 their first songs get played on radio and TV, they return to Turkey on ?Stars Of Tomorrow? contest for the second time as special guest appearance but thinking that is not enough they voluntarily engaged into the stage battle with other bands and once again they end up as runners-up. This time media goes frenzy with them and they are all over the place. More shows and concerts follow as they even perform in front of 3,000 people at ?Moto Fest?, with the most recent appearance being on ?Sunflower Festival? where they got awarded for the ?Best New Artist?.

They've reached the turning point and there is no going back now. There is a lot to do and lot to prove! Ride on a highway will be very long and it will rock your mind for sure!