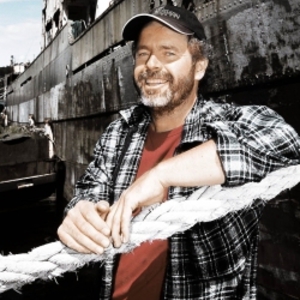 Henning Kvitnes started his career warming up for Elvis Costello & The Attraction in Oslo in 1978, playing in a band called Ice Cream Band. Two years later they changed their name to The Young Lords, and recorded an instant classic "Same shit - New wrapping". "Big Burden" was a the big hit from the album. The Young Lords became Saturday Cowboys, and as a habit Kvitnes have turned to a trademark, he change the name to Next Step in 1982, and to Little Eden in 1987. The Line-up was also changed, but all the time Kvitnes was the man in control.

Little Eden had some success in 1988 with "Solitude Road". In 1995 he made his first record in Norwegian "Godt Vann".

Since then there have been several albums both in Norwegian and in English, and Kvitnes' last contribution until now is "Stemmer i gresset" (Sep. 2007)