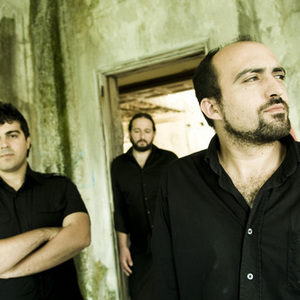 Heavenwood is gothic/doom metal band from Vila Nova de Gaia, Portugal, and it was originally formed as a death metal band under the monicker Disgorged in 1992. In 1995 tragedy struck the band as their current bass player committed suicide. They signed a record deal with the German label Massacre Records and their name changed to Heavenwood and released two albums. "Diva" was promoted with two European tours, the first in the end of 1996 with Atrocity and In Flames and the second one in the spring of 1997 together with Theatre Of Tragedy and Lake Of Tears.

"Diva" was promoted with two European tours, the first in the end of 1996 with Atrocity and In Flames and the second one in the spring of 1997 together with Theatre Of Tragedy and Lake Of Tears. They also played with bands such as Cradle Of Filth and Moonspell between others in their home country. In 1997 DIVA was released in the Japanese market through MARQUEE BELLE EPOQUE Records with some extras.

Their second album "Swallow" released in 1998 features guest appearances from Theatre Of Tragedy's female vocalist Liv Kristine and Gamma Ray's mastermind Kai Hansen. 1998 was the year for the first Portugese Metal act on the famous WACKEN OPEN AIR FESTIVAL playing for a full WET STAGE with fans from all over the world followed by more European Tours with bands such as Atrocity, Solitude Aeturnus, Saviour Machine and more. HEAVENWOOD would be considered Band sensation in many important Metal Magazines such as METAL HAMMER, ROCK HARD and a 4 in 5 in TERRORIZER Magazine was " a gift " for the Portugese newcomers effort in the music scene.

Heavenwood were frozen from 2001 to 2003 due to some internal problems. After several line-up changes Bruno Silva turned into the second Guitar-player. October 2003 was the Official Return Show for HEAVENWOOD on the most important Live Rock Club in Portugal with a fullhouse night where almost 1000 people received the band with open harms followed by many gigs in Portugal and Spain.

HEAVENWOOD 3rd album was frozen regarding a more dark-rock influence crashing with the interests of their label.

February 2007 was the year choosen by Ricardo Dias, Bruno Silva and Ernesto Guerra to record some preview songs. Take my hand, Fragile, From dust to dust, Red Harvest, The sun burns red, Forthcoming hate, Slumber, Abyss masterpiece, 2012 a.c. were some of the new HEAVENWOOD tracks recorded in Studio 213 as a Advance Promo Cd. HEAVENWOOD played in two Portuguese Fests in 2007 presenting session musicians to complete " The wood legacy " with Luiz Ferreira (drums) and Hugo Pires (bass).

HEAVENWOOD Symbol was developed by Polish artist Wojtek Blasiak who designed MOONSPELL, VADER and many other bands Artwork. JMELLO Design from Brasil is the responsible for the official Myspace from HEAVENWOOD.

HEAVENWOOD's third album, "Redemption", was released in the band's home country of Portugal at the end of August. The special-edition version of the CD (limited to 1,000 copies), which included a free ticket for one of the group's two record-release shows, sold out almost immediately. Shortly afterwards, a second special edition for the Portuguese market was released, including a totally different artwork and booklet.

The Tarot Of The Bohemians