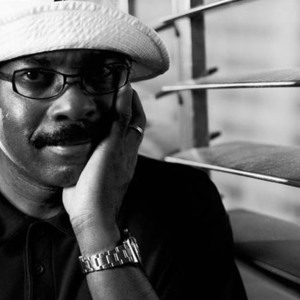 You will have only begun to scratch the surface by identifying the masterful Harvey Mason as just a drummer. Yes, his precision time keeping and versatility have placed him among THE most in-demand and most recorded session drummers of all-time. Yes, his tumbling tom-tom fills and the lickity slick synchronization between his hi-hat cymbals, snare and bass drums are instantly recognizable signatures.

Yes, he's been hired by everyone from Barbra Streisand to James Brown to Mary J to Herbie Hancock to Jennifer Hudson to Frank Sinatra to John Legend to the London Symphony Orchestra. Yes, he has won four 1st place plaques from Modern Drummer magazine's annual studio poll and has been the first call drummer for the Academy Awards ceremonies on 25 occasions.

As a producer, he introduced the world to the Hawaii-based Christian jazz septet Seawind, which inadvertently brought one of the most in-demand horn arrangers (Jerry Hey) and horn sections (the Seawind horns) to Los Angeles and promptly introduced them to Quincy Jones as the tightest and most creative horn section he'd ever heard. (Quincy obviously agreed) He also produced the debut album by Midnight Star (The Beginning), inaugurating what would become one of the ?80s most influential techno-funk groups, Lee Ritenour's largest selling hit, ?Is it You? and Dionne Warwick (Fragile).

The roots of Harvey Mason's rhythm are as ingrained as DNA. Born in Atlantic City, New Jersey on February 22, 1947, he reveled in the rhythms of life as they manifested themselves all around him. He began taking formal drum lessons at age 7, playing in school bands and finally buying his first drum set at the age of 16. Harvey continued his musical education first at the Berklee School of Music, then on full scholarship to the New England Conservatory of Music, studying performance, composing, arranging, percussion and mallets. He received immeasurable preparation for orchestral work from the legendary Vic Firth, tympanist with the Boston Symphony. During his time in Boston, he also put in overtime at Triple A Studios recording everything from jingles to religious albums, unpredictable and diversified situations that custom molded him for the career of a top-flight session musician. Before he knew it, Harvey Mason was working as many as three studio sessions a day.

Harvey swiftly became a force to be reckoned with in the world of percussion and drums. From simple figures on a marimba that contributed infinitely to the appeal of The Sylvers' ?Fools Paradise? and ?Misdemeanor,? Earth Wind and Fire's ?That's The Way of The World? and some of the most incredibly sensitive playing ever heard on radio backing the late Minnie Riperton on ?Memory Lane? and ?Here We Go,? to an intricate snare drum-only part on Chick Corea's ?Tweedle Dee? (from his acclaimed concept album, The Mad Hatter), Harvey honed a knack for doing more than just nailing a written part. He added that ?Mase Magic? that lifted a piece of music from ordinary to extraordinary.

With All My Heart

Funk In A Mason Jar

Marching in the Street (remastered, 2006)