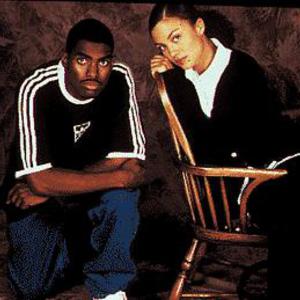 Groove Theory is an American R&B duo, best known for their 1995 hits "Tell Me", "Keep Tryin'" and "Baby Luv", from their self-titled debut album. The original version of the group was made up of female singer Amel Larrieux and male song-writer, actor, and producer Bryce Wilson. Larrieux left the group for a solo career in 1999 and was replaced by Mekada Davis. The new line-up also signified a dramatic change in style for the group which took a more contemporary R&B approach for their second album, The Answer.

Despite moderate success of the first single "4 Sure" and a remix featuring Mya and Jagged Edge, The Answer went unreleased and the group stopped recording. Since, Wilson has appeared in the movie 'Beauty Shop' starring Queen Latifah, and he and Davis continue to write together for other artists like Beyonc&eacute; and Amerie. Bryce got his start in the oldschool hiphop group Mantronix going by the name Bryce Luv.

Tell Me (The Remixes) (MCD)