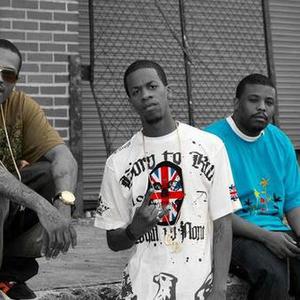 G.R.i.T. stands for Ghetto Reality in Texas (the "i" is small because there's no "I" in G.R.i.T. Boys) and these boys are taking back the streets. Their raps are tough, smart and at times revolutionary. They're not gangsta, but they're definitely not soft. They're not on some radio shit, but have the ability to come up with catchy hooks when the rhyme calls for it. And they're not like anything you've heard in the Houston rap game before.

These four distinctly different personalities -- Pretty Todd, Poppy, Scooby and Unique -- all came up on the south side of Houston and attended Worthing High School, though at different times. Scooby and Niq came up together and have rapped together since they were youngsters. Pretty Todd met Poppy through his work at Gameface Records which is home to Houston legends Hawk and Lil O. Todd was doing production and Poppy was signed to the label.