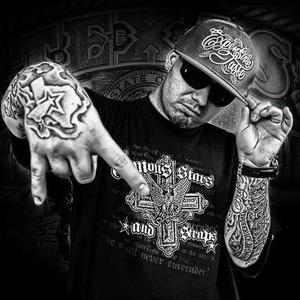 Paul Wall (born Paul Slayton on March 30, 1980) is an American rapper, DJ, and promoter from Houston, Texas. Notable as one of the few successful white Southern rappers, Slayton is affiliated with Swishahouse Records, formerly Swisha Blast Records. Slayton is a graduate of Jersey Village High School and studied mass communications at the University of Houston for three years. Paul Wall was originally one-half of Houston power duo The Color Changing Click, alongside long-time partner (and now estranged acquaintance) Chamillionaire.

Wall's first music industry exposure came as a street team member on the Northwest side of Houston, promoting southern artists such as T.I. and labels like Cash Money and The New No Limit. He is also an accomplished and proficient mixtape and party DJ, known for producing mixtapes in the now-well-known screwed & chopped style, which was invented by the late DJ Screw. While he has recently stated on record that South LE. (in Houston's southside) is his base of operations, it is not the neighborhood that Paul Wall is actually from. Paul Wall has claimed several such neighborhoods over his career, starting with De Soto in Acres Homes (his original home neighborhood), then switching to Gulf Bank (also in Acres Homes).

Paul Wall, Chamillionaire and Jon Higgins were originally affiliated with Swishahouse Records, but left for Paid in Full Records a short time later. After several mixtape and independent releases, including the critically acclaimed Get Ya Mind Correct, the two parted ways on bad terms. Chamillionaire continued to release independent records, while Paul Wall returned to the Swishahouse fold. This move allowed him to appear on Mike Jones' first commercially distributed single, "Still Tippin'", from his first major label album Who Is Mike Jones?.

His major label debut, The People's Champ, has produced a lead single, "Sittin' Sidewayz", which is receiving national radio and television play. In August, 2005, rumors began to circulate that Paul Wall and Chamillionaire had settled any differences that remained between them, and are again on good terms with one another. Paul Wall also appeared with GLC on the song Drive Slow on Kanye West's second solo album, Late Registration.

Paul Wall is the owner and proprietor of TV Jewelry in Houston. The store specializes in the production of grills, silver, gold, or platinum caps and diamond inlays (usually princess-cut diamonds). Grills have become a growing trend in rap culture and have even influenced its own song. "Grillz", by Nelly ft. Paul Wall along with other artists, where at one point Paul raps "Call me George Foreman 'cause I'm sellin' everybody grillz.)

No Sleep Til Houston

Heart Of A Champion