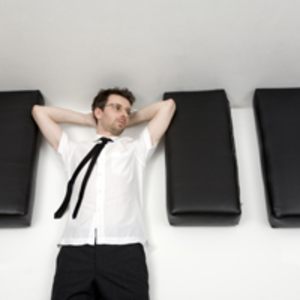 Grand Pianoramax's first CD, the self-titled ?Grand Pianoramax? was released worldwide in 2005 by ObliqSound. The album generated more than 43,000 downloads via iTunes USA and top-notch reviews from both sides of the Atlantic. The Starlite single was also released on vinyl in 2005, featuring remixes by Nuspirit Helsinki and Domu, and frequently appeared on the playlists of tastemakers Laurent Garnier, Rainer Tr?by, Mr Scruff, Patrick Forge, Osunlade.

Grand Pianoramax's second album, ?The Biggest Piano In Town?, was released worldwide by ObliqSound in 2008, generating rave reviews and features in publications including BPM, XLR8R (USA) Metro, Time Out London, (UK) l'Uomo Vogue (IT). DJ Spinna's remix of the album's single ?The Hook? was digitally released shortly after. It is now available on vinyl as well.

Grand Pianoramax's third album, ?Smooth Danger?, was recorded and mixed between Mumbai, Berlin, Paris and Bristol (and masterised by Sahwn Joseph, collaborator of Portishead) and will be released in Europe and the USA in October 2010, supported by a European release-tour in November-December. Various guests appear on the album, including Grand Pianoramax long-time collaborators Mike Ladd, Black Cracker and for the first time Karsh Kale on tabla.

Primarily a live project, Grand Pianoramax was recently on a 10-city tour in the USA opening for jazz/funk legend Maceo Parker at legendary venues including the Fillmore in San Francisco and the Roxy in Los Angeles. The band also extensively toured in Europe in major cities including Paris, Berlin, London, Milan, Rome, Zurich, Lisbon, as well as more eastern destinations including Istanbul and Mumbai (where two Tracks from ?Smooth Danger? were recorded).