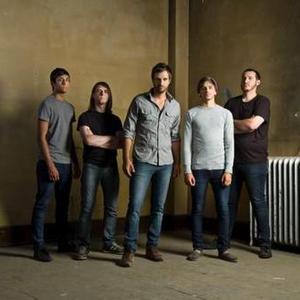 Affiance, meaning to betroth in trust and confidence, is a 5 piece metalcore band from Cleveland, Ohio. They formed around 2008. Their lyrics touch on deep political and religious themes and the band wrapped up a recent full US tour with their friends in Across The Sun and No Bragging Rights and gained tons of new fans in the process. Most importantly, scoring a record deal with Bullet Tooth. They released their debut album, No Secret Revealed, on December 2, 2010. Dennis Tvrdik - vocals Brett Wondrak - guitar