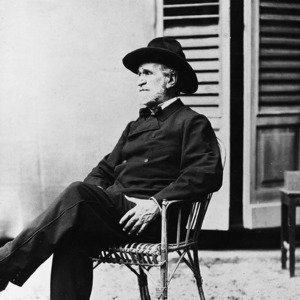 Giuseppe Fortunino Francesco Verdi (La Roncole, Italy, October 9 or 10, 1813 ? January 27, 1901) was an Italian Romantic composer, mainly of opera. He was one of the most influential composers in the 19th century. His works are frequently performed in opera houses throughout the world and, transcending the boundaries of the genre, some of his themes have long since taken root in popular culture - such as "La donna ? mobile" from Rigoletto, "Va, pensiero" (The Chorus of the Hebrew Slaves) from Nabucco, and "Libiamo ne' lieti calici" (The Drinking Song) from La traviata.

Although his work was sometimes criticized for using a generally diatonic rather than a chromatic musical idiom and having a tendency toward melodrama, Verdi's masterworks dominate the standard repertoire a century and a half after their composition.