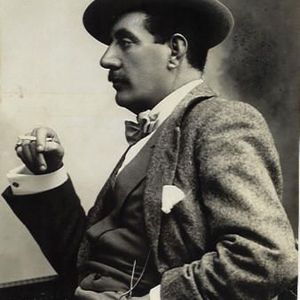 Giacomo Antonio Domenico Michele Secondo Maria Puccini (December 22, 1858 ? November 29, 1924) is regarded as one of the great operatic composers of the late 19th and early 20th century. Although he wrote only twelve operas, Puccini's works dominate the operatic stage, particularly in the United States, where, according to Opera America, Madama Butterfly and La Boh?me are the two most frequently performed operas respectively, with Tosca being eighth and Turandot being twelfth on the same list.

Known for his melodic ability, orchestra depth, and dramatism, in Italian opera, Puccini was the only true successor to Giuseppe Verdi.

Puccini was born in Lucca, Italy into a family with a long history of music. After the death of his father when he was only five years old, he was sent to study with his uncle Fortunato Magi, who considered him to be a poor and undisciplined student. Later, he took the position of church organist and choir master, but it was not until he saw a performance of Verdi's Aida that he became inspired to be an opera composer. He and a friend walked an entire 18.5 miles (30 Kilometers) to see the performance in Pisa. In 1880, Puccini travelled to the Conservatory of Music in Milan to begin his career by studying composition with Amilcare Ponchielli.

In 1880, the Messa composed at the age of 21, marked the end of Puccini's apprenticeship as a composer and the culmination of his family's long association with church music in his native Lucca. (Note: This name normally applies only to a "Gloria" mass, setting the opening two prayers of the Catholic Mass, the Kyrie and the Gloria. However, the Messa is a setting of the full Catholic Mass.) The work offers fascinating glimpses of the dramatic power that Puccini was soon to unleash on Milan's stages; the powerful arias for tenor and bass soloists are certainly more operatic in feel than is usually encountered in church music. The orchestration and the overall feeling of drama conveyed by his music establish a dialogue with Verdi's Requiem and perhaps already constitute a prediction of the future operatic career Puccini would embrace for life.

From 1880 to 1883 he studied at the Milan Conservatory under Amilcare Ponchielli and Antonio Bazzini. In 1882, Puccini entered a competition for a one-act opera. Although he did not win, Le Villi was later staged in 1884 at the Teatro dal Verme; it also caught the attention of Giulio Ricordi, head of G. Ricordi & Co. music publishers, who commissioned a second opera, Edgar (1889).

From 1891 on, Puccini passed more and more of his time at Torre del Lago, in the Tuscan countryside. In this place on the border of the Massaciuccoli lake, where he passed lots of time hunting, he found refuge from the crowded city. Later he built a villa and moved there definitively in 1900. It was to remain his home and workplace until the very last years of his life. He is buried in the villa's chapel.