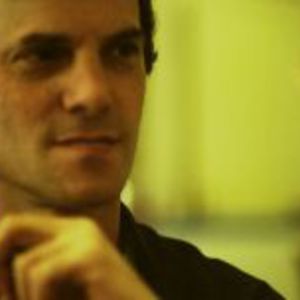 A very keen music fan and record collector, Gerardo Frisina, together with the founders of Ishtar, Luciano Cantone and Davide Rosa, sketched the guidelines of the artistic evolution of this record company. His figure is of fundamental importance for Ishtar's history and is a point of reference that the entire Italian jazz scene cannot disregard. His first contributions to Ishtar saw Gerardo in the role of producer.

His very first project was ?Neos?, conceived with Bruno Bolla and Gianni Bedori, and stemming from the desire to re-propose the works of famous artists deeply rooted in the Latin/Brazilian and jazz sound, trying to reveal the most obscure aspects of those sounds. In his activity as producer for Ishtar, Gerardo Frisina gave birth to projects such as The Cabildos, Up and the Metti Un Bossa A Cena series. But his ultimate contribution to the record company was the spreading of the sound of the Clarke-Bolland Big Band within Ishtar, so much so that several artists have been drawing inspiration from it and that Rearward Records was founded, with the purpose of re-releasing old jazz masterpieces from the Sixties. Besides his involvement with Schema, Gerardo Frisina has always continued his activity as DJ and when he had the need to find new outlets for his creativity he became an artist in his own right with the release of his debut album ?Ad Lib?, in 2001. In it the artist revisited the sound of Latin jazz with Brazilian contaminations thanks to the help of new technologies that exalt the warmth of the sound. With this album, Frisina finally crossed the local boundaries and made himself a name as international point of reference, with enthusiastic reviews from the critics. After the release of his first album, Gerardo intensified in activity as a DJ and remixed many artists' records, such as ?Black Forest Stomp? by The Hipnosis for the label Perfect Toy and ?Barlovente?o Blues? by Fank Hernandez for Dej? Vu. His album ?Hi Note?, released in 2003 on the label Schema Records, represents the evolution of the personal Latin jazz sound that makes this artist's productions so distinguished. In comparison with his previous record in ?Hi Note? there is a larger number of contributions by many jazz musicians, who marked the progressive dismissal of the easy listening/lounge stylist elements in favor of the recovery of the warmth of Latin jazz. After a Japanese tour that allowed him to personally fathom the level of popularity that he has achieved on that market, Gerardo Frisina is scheduled to release in the fall of 2005 on Schema Records (SCCD/SCLP 395) ?The Latin Kick?, an album by which, still sticking to the jazz style already enhanced on ?Hi Note?, he expresses his more rhythmic side, with many club tracks. Besides the Lo Greco brothers and Luigi Bonafede, who had already worked with Gerardo on his previous albums, Helena De Pi?o contributed with vocals, Hendrixon Mena added trumpet, flugelhorn and, on two tracks, piano, Germano Zenga saxophones and Francesco Pinetti vibraphone. For this album, Gerardo Frisina composed nine original tracks and proved his talent with the covers of Horace Silver's ?The Gods Of The Yoruba?, Freddie Hubbard's ?The 7th Day? and ?Gosto De Que ? Bom? of the Brazilian Ademir Carvalho and Shirley Sandala. Alongside, Gerardo intensified his activity as a remixer, producing, among others, the remix of Dizzy Gillespie's ?Swing Low, Sweet Cadillac? for Impulse Records. He also recorded a single with two new tracks for the British label Afro Art.