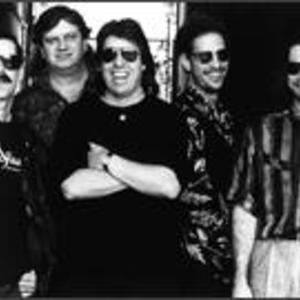 George Thorogood & The Destroyers is an American blues-rock band led by George Thorogood (born December 31, 1951), a blues-rock and rock guitarist and singer from Wilmington, Delaware. To date the band has released sixteen studio albums, including two that were certified Platinum, six that have been certified Gold, and have sold fifteen million albums worldwide. While a first album (entitled Better Than the Rest) was recorded in 1974...

While a first album (entitled Better Than the Rest) was recorded in 1974, the major recording debut came with the release of the eponymous album 'George Thorogood & The Destroyers', released in 1977 (Better Than the Rest was eventually released in 1979). The next album, entitled Move It On Over, was released in the autumn of 1978 and included the hit "Move It On Over" . Other singles from the album included "Please Set A Date" and "Who Do You Love".

During the 1980s, and 1990s, the band recorded some of their most well-known works, "Bad to the Bone" (used to great effect during the bar scene in Terminator 2: Judgment Day, and in the opening scene of John Carpenter's Christine), "I Drink Alone" (from the 'Maverick' album), "You Talk Too Much", and "If You Don't Start Drinking, I'm Gonna Leave".

Thorogood himself is best-known for his animated stage presence and loud, raucous electric slide guitar playing. He is also known as "Lonesome George".

Live In Boston 1982: The Complete Concert