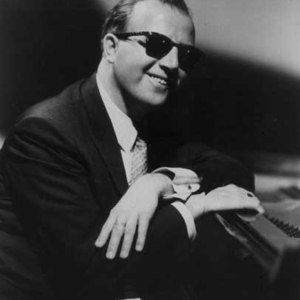 George Shearing (13 August 1919 ? February 14, 2011) was a well-known jazz pianist and inventor of the famous "Shearing Sound": a form of smooth cocktail jazz characterised by block chords played on the piano along with similar chords played on the vibraphone. Shearing was born in the Battersea area of London, United Kingdom. Congenitally blind, he was the youngest of nine children. He started to learn piano at the age of three.

Shearing was born in the Battersea area of London, United Kingdom. Congenitally blind, he was the youngest of nine children. He started to learn piano at the age of three. After limited training and extensive listening to recorded jazz, he began playing at hotels, clubs and pubs in the London area, sometimes solo, occasionally with dance bands. In 1940, Shearing joined Harry Parry's popular band and became a star in Britain, performing for the BBC, playing with St&eacute;phane Grappelli's London-based groups of the early 1940s, and winning seven consecutive Melody Maker polls.
In 1946, Shearing established himself in the United States. In 1955, he became a naturalized citizen of the United States. Leading a quintet (piano with guitar, bass, drums and vibraphone), which over the years included Cal Tjader, Margie Hyams, Denzil Best, Israel Crosby, Joe Pass and Gary Burton, Shearing had a succession of hugely popular records including September in the Rain and his own composition, Lullaby of Birdland (1952). His style, including the joint playing of the melody by piano and vibraphone, was also widely copied, becoming part of the idiom of pop music, so that his records from that period now sound far less innovative than they did at the time. Later, Shearing played with a trio, as a solo and increasingly in duo. Among his collaborations have been sets with the Montgomery Brothers, Marian McPartland, Brian Torff, Jim Hall, Hank Jones and Kenny Davern.

In the 1970s, Shearing's profile had been lowered considerably, but upon signing with Concord Records in 1979, Shearing found himself enjoying a renaissance.

Over the years, Shearing has also collaborated with singers including Nat King Cole, Peggy Lee, Ernestine Anderson, Carmen McRae, and most notably, Mel Torm&eacute;, with whom he performed frequently in the late 80s and early 90s at festivals, on radio and for recordings.

Recently, Shearing collaborated with the John Pizzarelli Trio to create the album The Rare Delight of You, which garnered extremely good reviews. The album cover, featuring Pizzarelli and Shearing posing in front of a solid blue background, was designed to resemble the cover of Nat King Cole Sings George Shearing Plays, a legendary jazz recording with which it shares some similarities in style.

Shearing's interest in classical music resulted in some performances with concert orchestras in the 1950s and 1960s, and his solo's frequently draw upon the music of Debussy and, particularly, Erik Satie for inspiration. Shearing also made a recording with the classical French horn player Barry Tuckwell.

Shearing wrote a number of jazz arrangements of hymn tunes for the organ in collaboration with organist Dale Wood, that have been published in sheet music form.

How Beautiful Is Night (With Robert Farnon Orchestra)

Out Of The Woods (With Gary Burton) (Vinyl)