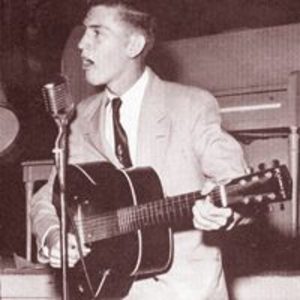 Gene Summers (born 1939 in Dallas, Texas) is a rock/rockabilly singer and entertainer. Some of his classic recordings include "School of Rock 'n Roll", "Straight Skirt", "Nervous", "Gotta Lotta That", and "Twixteen". Summers was inducted into the Rockabilly Hall of Fame in 1997 and The Southern Legends Entertainment & Performing Arts Hall of Fame in 2005. He still performs worldwide and celebrated his 50th anniversary as a recording artist in 2008 with the release of Reminisce Cafe.

Summers graduated from Duncanville High School in 1957 and attended Arlington State College, now known as the University of Texas at Arlington. That same year, he formed the rockabilly band The Rebels and performed on Joe Bill's Country Picnic on KRLD, where they were spotted by songwriter Jed Tarver. This led to the band being signed by newly-found Jan Records. Their first record was released on February 1, 1958, under the name of Gene Summers & His Rebels.