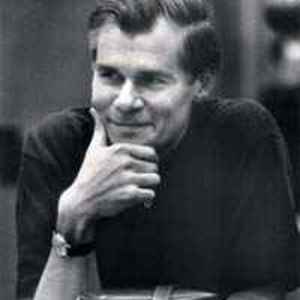 Grammy and Tony-award winning composer, Galt MacDermot is best known for the music he wrote for the Broadway score of HAIR and Two Gentlemen of Verona. He garnered his first Grammy for the song, African Waltz, in 1960. His work spans the gamut of performing arts: musicals, ballet scores, film scores, chamber music, the Anglican liturgy, orchestral, poetry, drama accompaniments, band repertory and opera. Film scores include Rhinoceros, Cotton Comes to Harlem, Mistress and HAIR.

He draws inspiration from a wealth of musical styles, crossing the boundaries of jazz, folk, funk, gospel, reggae, and classical styles. He was born on December 18, 1928 in Montreal, the son of Elizabeth Savage and Terrence MacDermot, a Canadian diplomat. The elder MacDermot, a pianist, exposed his son to a variety of music at an early age. Through his father, young Galt heard opera and show music, classical pieces and swinging jazz, and he decided to pick up the recorder at age 5. By age 8 he had adopted the violin, but it wasn't until he landed behind the piano at age 14 that he took a serious approach to music. Having heard Pete Johnson and Albert Ammons and the infectious boogie woogie sound emanating from the United States, MacDermot was hooked. He took school seriously - and landed a BA in History and English from Bishop University - but dedicated all of his spare time to music. His love for the great Duke Ellington grew and grew, and he became a self-described "jazz freak." In 1950, when the Canadian government appointed his father High Commissioner to South Africa, he moved with his family to Cape Town and enrolled in a music program at the university there. He moved to New York in 1964 and three years later, wrote the music for the landmark Broadway production HAIR which he later adapted for the screen. He formed the New Pulse Band in 1979, which features his original music played by some of the world's best musicians. The new Broadway production of HAIR marks the 40th Anniversary of the original, but is also a culmination of 40 years in which HAIR has played in all corners of the world. Mr. MacDermot is involved with the new production and has incorporated the New Pulse Band into the Broadway stage band. HAIR was recently nominated for 8 Tony awards. HAIR received the 2009 Tony Award for Best Revival of a Musical and the 2009 Drama Desk Award for Best Revival. Galt has recently coordinated with rap artists who find his rhythms perfect for setting their lyrics, as in Run DMC's Grammy award-winning Down With The King, and Billboard's top chart-buster, Woo-Hah!! Got You All In Check by Busta Rhymes. Galt will be inducted into the 2009 Songwriter's Hall of Fame.

Shapes of Rhythm/Woman Is Sweeter

Up From The Basement - Unreleased Tracks - Volumes 1 & 2

Purdie As A Picture