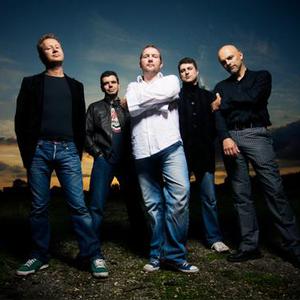 Jem Godfrey began in music as a songwriter for many pop and mainstream groups. In fact, he's written four number one singles in the UK for groups such as Atomic Kitten and Shayne Ward. In 2004, he began the group FROST* in England and ventured into the realm of progressive rock. For his debut album, called ?Milliontown?, Jem enlisted guitarist John Mitchell (Arena, Kino), bassist John Jowitt (IQ, Jadis), and drummer Andy Edwards (IQ). The album itself is a mixture of neo progressive rock, progressive metal undertones, some symphonic leanings, and some more mainstream ideals.

?Milliontown? was released on July 18th 2006 in the USA and July 24th in the UK. FROST* is a band to look out for in the future and they seem to have a long, fruitful future ahead of them.

A second album titled "Experiments in Mass Appeal" was released in November 2008. Declan Burke from (Darwin's Radio) has been added to the lineup for additional guitar and to take up lead vocals.