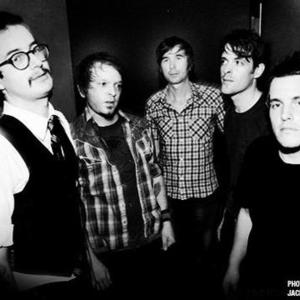 Freshkills is comprised of vocalist Zachary Lipez, guitarists Johnny Rauberts and Timothy Murray, bassist Mishka Shubaly and drummer Jim Paradise. The influences most at work are Nation of Ulysses and Drive Like Jehu, as the band combines the lyrical flair of the former and the chops of the latter. Lipez's red-lining vocals are infused with paranoia, aggravation and twisted vulnerability. The rhythms ? though rarely slow ? are controlled, ominous and sometimes hypnotic. The twin-guitar work is droning and breathtaking, and leads are rare.

The band's second album, self-titled and self-released in September 2008, was produced by Alex Newport (AT THE DRIVE-IN, THE LOCUST, TWO GALLANTS). It delivers emphasizing hooks and streamlined song structures, without sacrificing any of their dissonance, dark sarcasm, or cutting social commentary. The effect is brand new material that is immediate, unsettling and lasting.

Winter 2009/10 Freshkills is recording their 3rd full length, this time produced by Jim Sclavunos (Nick Cave and the Bad Seeds, the Vanity Set).

Raise Up The Sheets