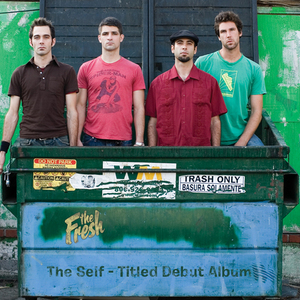 One oddity from my collection is the band Fresh, a ?boy band' constructed by Simon Napier-Bell. Simon Napier-Bell had been a manager for The Yardbirds way back in the mid 1960's, he went onto manage an early Marc Bolan outfit called Johns Children. He also did the music for the 1968 film ?Here We Go Around The Mulberry Bush' and as Nuzz and myself know well, was fittingly set and filmed in glamorous 1960's Stevenage New Town.

One day in 1968 Kit Lambert, then manager of The Who told Simon Napier-Bell that he was getting together a concept album together, with Townsend from The Who, about a blind pinball player Tommy. Enthused by this idea, Simon Napier-Bell went onto create a street level concept album, set around a juvenile prison. The results are what you hear on this LP released in 1970 on RCA Records. A great mixture of rhythm and blues in the mould of late 1960's The Small Faces and The Rolling Stones.

Aimed at the 1970 popular skinhead, suedehead boot-boy scene, Slade, Mott The Hoople fans, football hooli's, and any schoolboy that had the Richard Allen NEMS ?Skinhead' series of books, this LP sold quite well, and included songs by Mick Jagger, who in 1970 after the death of Brian Jones was on the top of his game with The Rolling Stones. A great track ?Borstal Theme' on the second side, has a snotty bonehead talking about his lot, while a cymbal or drum roll ?replies'. The track then goes into one of those great psyche-hammond workouts mixed up with horns. A ?Blow Up' for sure!

Fresh is also a drum and bass DJ.

Out Of Borstal (Vinyl)