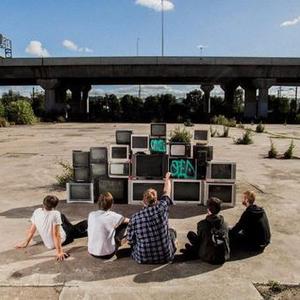 The Smith Street Band (formerly Wil Wagner and the Smith Street Band) are an Australian rock band based in Melbourne, Victoria, in which the titular Smith Street can be found. Born out of a backing band for the solo ventures of Wil Wagner in 2009 (the name itself an allusion to Bruce Springsteen and The E Street Band), the band quickly found a following of its own through extensive touring and a grass-roots online community. The band have toured throughout Australia, the U.S. and China, selling out shows and performing with artists such as Bomb the Music Industry!, Frank Turner and Lagwagon.

The band's first release was a seven-inch (later an EP), entitled South Side Facing Wall. The band have also released two full-length albums: No-One Gets Lost Anymore (2011) and Sunshine & Technology (2012).

More Scared Of You Than You Are Of Me

Throw Me In The River

Don't Fuck With Our Dreams (EP)

No One Gets Lost Anymore