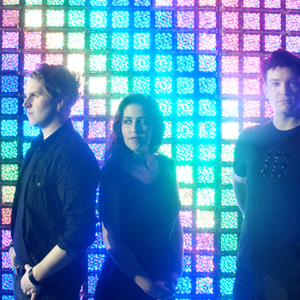 Freezepop is a synthpop band composed of Liz Enthusiasm, the Other Sean T. Drinkwater (who is a robotic clone of the "original" Sean T. Drinkwater), Robert John "Bananas" Foster and Christmas Disco-Marie Sagan. Their primary stage instruments are a pair of keytars, with some songs involving a guitar or drum synth. They formed in Boston, Massachusetts in 1999. In mid-2009 Kasson Crooker (aka Symbion Project) left the band due to time conflicts.

They have gained a number of fans through their work in video games, and several of their songs can be found on titles such as FreQuency, Amplitude, Karaoke Revolution, Guitar Hero, Rock Band, Downhill Domination, Neon FM: Dance Radio, and Phase (similar to Guitar Hero, for iPod) along with many of the North American entries in the Dance Dance Revolution series. Many of these games were developed by Harmonix, a developer for which Kasson Crooker is the Audio Director.

Originally, their music was entirely composed on a small portable midi sequencer, a Yamaha QY-70, often mistaken for a Game Boy. On more recent albums, they have expanded their toolkit due to a lack of variety in the sounds the QY-70 provided, but it still remains an important part of the composing process.