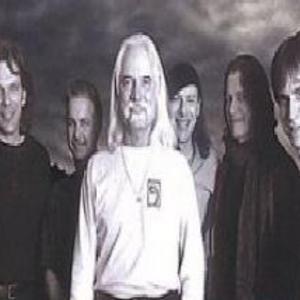 About Ford Blues Band (see also: The Ford Blues Band) After leaving Ukiah, CA, and moving south to San Francisco to form the Charles Ford Band (named for their father) in the late '60s with harmonica player Gary Smith, brothers Pat (drums) and Robben (guitar) were enlisted by Charlie Musselwhite and were pivotal members of one of the best aggregations the harpist ever led. Leaving Musselwhite after recording Arhoolie's Takin' My Time, they recruited bassist Stan Poplin and younger brother Mark, then age 17, on harmonica and played under the name the Real Charles Ford Band.

Heavily influenced by the original Butterfield Blues Band and the Chess catalog, the quartet was famous for their live jazz explorations ? often jamming for 30 minutes or more on a John Coltrane and George Benson tune ? and hear-a pin-drop dynamics (with Mark abandoning mike and amp to play acoustically into the room or Robben turning the volume all the way off on his fat-body Gibson L-5). Muddy Waters sat in with and praised the young band, and Chess Records even came courting, but the brothers split on New Year's Eve, 1971, recording their sole LP posthumously, as it were. Robben went on to major cult status via session work and sporadic solo releases, and after lengthy hiatuses Mark and Pat continue to gig around the Bay Area and Europe. Pat founded his own Blue Rock'it label, on which albums like The Ford Blues Band, Hot Shots and 1999 were released. The band's influence in Northern California is still enormous, particularly among guitar players who continue to ape licks Robben forgot two decades ago.

The Butterfield - Bloomfield Concert (With Robbe)

In Memory Of Michael Bloomfield