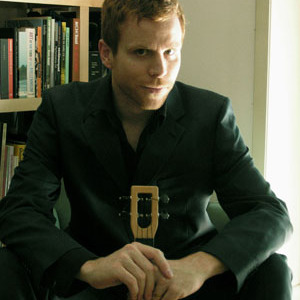 Geneva-born Nicolas Julliard decided to become Fauve in 1999. His previous non-career moves include various participations in unknown bands such as Grammar & Use and Illford. Fauve explores the margins of songwriting, blending pop, minimal electro, Broadway melodies, easy-listening and bossa-nova. French magazine "Les Inrockuptibles" awarded him a spot in their annual compilation CD "Ceux qu'il faut d?couvrir". That was in 2004, when Fauve was known as Sombre. Since then, Fauve has collected enough material to produce his first album, released in spring 2006 by Gentlemen Records.