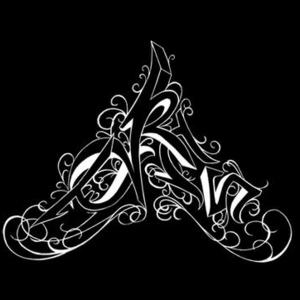 There are at least two artists with the name Evren. 1. A Canadian rapper and hip-hop artist with several albums (I Think Not (2008), Unknown MC (2004), Conflict of Interest (2002), & Songs From Degrassi: The Next Generation (2005)/Various Artists. 2. The second artist (with the same stage name) has one known album, Boxes. 1. EVREN "Music is the way we pray and build a connection with ourselves and the universe." Evren

"Music is the way we pray and build a connection with ourselves and the universe." Evren

Turkish-born and Toronto-raised MC Evren, last name Ozdemir, has cultivated a rare talent for making conscious hip hop feel hood savvy over a twenty-year career as a songwriter, producer and composer. Evren's more than 70 meticulously crafted tracks have appeared on three independent discs: 2002's Conflict of Interest, 2004's internationally acclaimed Unknown MC and 2008's I Think Not. His song writing genius has earned him musical credits on the popular television shows Instant Star, Degrassi - The Next Generation (he co-write the theme song), Billable Hours and The Best Years. He has also earned industry credits for compositions featured in national marketing campaigns by Toyota (including the spontaneous-party-inspiring ?Do I Go? 2009 Matrix commercial), TELUS, Nike and Kellogg's. His most recent accolade: A prize at the 2010 Eurovision Song Writing competition for ?We Could Be the Same,? performed by Turkish super group maNaga.

The fourth EP, 2010'S A Little Bit of Love, is much anticipated by the Toronto hip hop community. The album features Evren's unique soundscape, blending the analogue: Torrie Seager on guitar, Jonny Cooper on bass and Dean Elliot on drums, and the grindy bass back beats, synth tunes and samples characteristic the digital hip hop domain.

A Little Bit of Love is another compositional feat by Evren, who has an enviable natural ability to organize many layers of seemingly dichotomous sounds, which derive from many different sonic and cultural sources (like Turkish belly dancing tunes and street noise), into a relevant and comprehensible audio masterpiece.

"I feel this EP is a true reflection of where I am right now musically,? Evren says, ?The songs just came so naturally and there's a great, relaxed vibe running through the record? I can't wait to get out and play these songs.?

A Little Bit of Love also pushes the boundaries between the pop rock and hip hop genres. Fusing Evren's ambidextrous lyrical rhetoric and perfectionist rhythmic arrangements of the synth, keyboards, pads and vocals with the sunshine falsetto harmony of Courteney Brooks, Evren's musical landscape creates an exciting emotional space that draws you in with its evocative imagery and its innovative blend of unique and authentic sounds. Evren keeps you glued to your iPod because you are compelled to his fiery persona and righteous flow and feel both uplifted and vindicated by his messages.

Bringing a wealth of personal wisdom from a soul that's lived beyond his 32 years, Evren inflects his lyrics with his tenacious spirit and supports his smooth vocals with textured arrangements that rouse you, lull you, hype you, inspire you or encourage you to ?shine'. Each track is a snapshot of a different fragment of his life, places where he's been, and with each album he comes a little bit closer to putting the whole story together.

Evren intelligently expresses a passionate view on topics that reflect the breadth of his maturity as an artist and as a regular guy, with a history, just trying to get by. Anti-establishment, anti-violence and pro-humanity are common themes as he attacks the social stratum, governmental dictates and hip hop ideals that perpetuate violence, blind posturing, commoditization and anti- individuation. He is equally brilliant at ?bringing the fire' or inspiring you to reflect and love.

?Music saves me,? Evren confesses, ?Writing is my passion? I'm not just the straight hip hop head. I want to be a better person. I'll keep getting it out there because I enjoy people embracing a message." With the admirable creative genius of his ability to predict, interpret and extend the hip hop industry's emerging production techniques and an impressive cache of rock solid powerhouse tracks, Evren is what the Toronto hip hop community has been praying for-- and it doesn't hurt that he looks damn good performing and loves what he does.