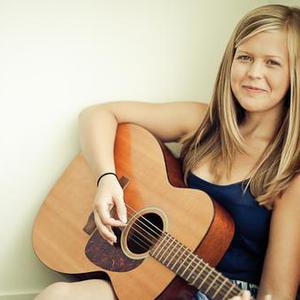 Raised in Texas on a musical diet of Antonio Carlos Jobim, James Taylor, and '60s radio, Emily Elbert first fell in love with guitar when she was 14. She soon set her sights on Berklee College of Music, and began performing and winning awards, including a coveted spot in the Gibson/Baldwin Grammy Foundation's jazz ensemble, the Dallas Morning News' Rookie of the Year, and Texas' 10 Under 20. Now at 23, Elbert has played over 500 shows throughout the US and in 13 countries around the world, from Peru to Palestine.

In 2010, Glamour Magazine selected Emily as one of the year's Top Ten College Women. She's also a winner of Scotland's Burnsong International Song Contest, 2009 and was named the Best New Artist of 2008 by WUMB-FM in Boston. Emily won first place in the BW Stevenson Memorial Songwriting Competition in April 2012, and The Timberland Company selected her as their eco-friendly Artist of the Month for January 2012. Her YouTube channel has garnered more than one million views.

In 2006, Emily co-produced her first independent album of original material, Bright Side, and then in September 2010 released her second, Proof. It features Emily at her best, with strong melodies, straight-to-the-heart vocals, and intricate guitar work. Her third CD, a full-band live album funded entirely by fans, will be released in spring 2012, entitled ?Alive, In Love."