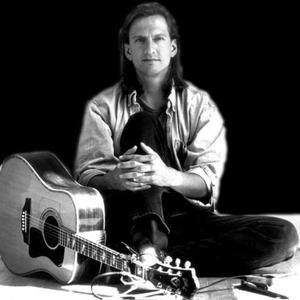 Ellis Paul (born Paul Plissey, January 14, 1965) is an American singer-songwriter and folk musician. Born in Aroostook County, Maine, Paul is a key figure in what has become known as the Boston school of songwriting, a literate, provocative and urbanely romantic folk-pop style that helped ignite the folk revival of the 1990s. His folk-pop music songs have appeared in movies and on television, and are said to bridge the gap between the modern folk sound and the populist traditions of Woody Guthrie and Pete Seeger.

?Ellis Paul is one of Boston's best-ever songwriting exports...? ? The Boston Globe. The Day After Everything Changed, the 2010 album from singer- songwriter Ellis Paul, was released on Ellis' label, Black Wolf Records. Since emerging from the Boston music scene, Paul's music has been consistently recognized and celebrated worldwide. The new record reinforces this acclaim and is sure to cement his place as one of America's most talented songwriters.

Recorded in Nashville, the 15-song album was produced by Thad Beaty and Jason Collum and features five songs co-written by Paul's longtime friend and collaborator, Kristian Bush, founder of the Grammy Award winning band Sugarland. Several of the Sugarland musicians served as Ellis' backing band for the recording. Throughout 2011, to keep the collaboration alive, Paul will continue to open numerous sold-out arena dates for Sugarland on the current Incredible Machine Tour.

?Ellis has a voice that is so powerful that you know who it is the second he comes through your radio. His music and songs are a new birth in American sound that makes me want to go see concerts again.? -Kristian Bush / Sugarland

?The Day After Everything Changed? is Paul's first studio album in five years and his 16th release to date. The project was 100% funded by his loyal fan base. The songs on the record reflect Paul's commitment to storytelling, exemplified in the title track ?The Day After Everything Changed.? Described by Paul himself, the songs on the album are about people who are at a crossroads in their life. ?I like songs to be cultural events, little ones, that somehow tell me what it feels like to be living here on this planet, in this country, at this time. I want to hear about people's joys and woes and apply them to my own. You can't fake real life stories. When you're faking it --it's obvious. As long as the writing feels real -- it works in any genre.?

Movie director Peter Farrelly, of the Farrelly Brothers, praises Ellis Paul as ?a national treasure?. Ellis' songs have appeared in the soundtracks for three Farrelly Bothers movies, ?Me Myself & Irene? with Jim Carey, ?Shallow Hal? with Jack Black and Gwyneth Paltrow, and in February 2011, the Farrelly Brothers latest project, "Hall Pass" starring Owen Wilson and Alyssa Milano will showcase up to 9 musical tracks off of Ellis' latest album The Day After Everything Changed as the score of this hit movie. This is Ellis' third Hollywood blockbuster credit.

With ?The Day After Everything Changed? we're struck more by the fact that Paul is still playing at the top of his game to such an extraordinary degree. It is, as always, the quality not the quantity but in this case we're rewarded with both. / Direct Current

Ellis celebrated his 20th anniversary of being a touring musician on July 2010 when the Mayor of Boston, Thomas Menino, declared July 9th 2010 ?Ellis Paul Day? to honor one of Boston's leading musical exports. Ellis will be anointing his 2 decades of song during his ?20th Anniversary Tour? throughout 2011. Over the past two decades Paul has garnered numerous honors including 14 Boston Music Awards, second only to Aerosmith. He has performed with countless acclaimed musicians, including Patty Griffin, John Mayer, Ani Difranco, John Prine, Sugarland, and at the request of Woody's daughter Nora Guthrie and after several trips to the Woody Guthrie archives, Ellis even has a co-write with Woody, their song ?God's Promise?.

Woody Guthrie's daughter Nora says of Ellis, ?A singer songwriter is only as good as the times he reflects. Wise, tender, brilliant and biting, Ellis is one of our best human compasses, marking in melodies and poems where we've been and where we might go if we so choose to. Personally Ellis, I'm goin' where you're goin'!?

The Hero In You

The Day After Everything Changed

Side Of The Road