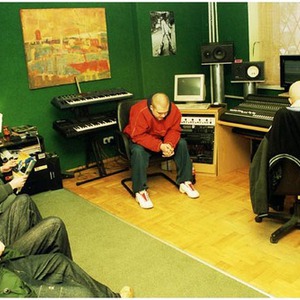 13. A post hardcore band from Northern Ireland
14. A musical project from the Netherlands

1. EGO is an alternative band from Ni?, Serbia. First full line up gathered on 25th February, 2009. Lyrics and the music is the reflection of emotions, problems, ups and downs, as well as all those inner battles between Id and Super-ego. Music is our way of communicating with people and sharing our ideas of the journey that leads to that perfect balance that Ego represents.
The most memorable performances to this day are: EXIT festival 2011 in Novi Sad, Mixer Festival 2012 in Belgrade, Nisomnia 2010 in Ni?, Jelen DemoFest 2012 in Banjaluka, World Day of Music 2012 in Ni? and Gitarijada 2012 in Zaje?ar. We played with our ally bands Nahty and Ki?a Kerozina on two occasions in Feedback club in Ni?.

10. Hip-Hop squad from Czestochowa, Poland. They released two albums: "Nibylandia" and "Nie ma takiego drugiego". It seems to be most popular band in EGO charts.

11. Unsigned indie with electro elements from London, now split up

14. Project from The Netherlands. Also referred to as EgoMusic. They released 2 albums of which the first was released under the name 'Van Helsdingen Project '(We Welcome You - 2002) and the second (Still at your side - 2010) as Ego.
Both distributed by Chique Records.